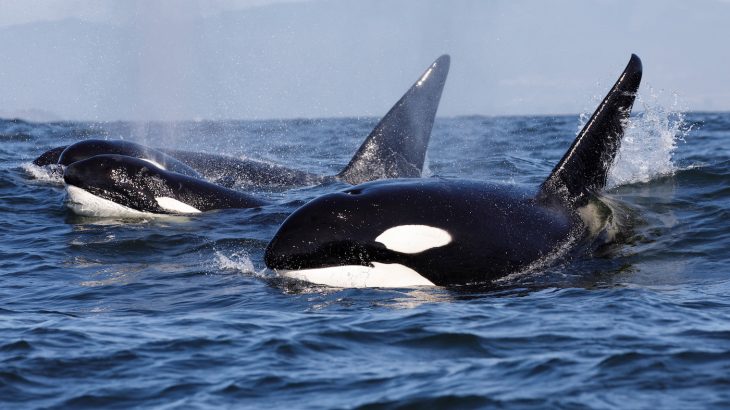 Killer whales have similar personality traits as humans and chimps

A new study published by the American Psychological Association has revealed that killer whales have some of the same sociable personality traits as humans and chimpanzees, including playfulness, cheerfulness, and affection.

Researchers analyzed the personality traits of captive killer whales at SeaWorld Orlando, SeaWorld San Diego, and the Loro Parque zoo in Tenerife, Spain. Out of the 24 killer whales examined for the study, six were caught in the wild and the rest were born in captivity.

Trainers who worked closely with the killer whales ranked the animals on a list of 38 personality traits, including playfulness, independence, stubbornness, bravery, sensitivity, and protectiveness.

Yulán Úbeda is a doctoral student in Psychology at the University of Girona and the study’s lead researcher.

The experts used a common personality measure called the five-factor model, which assesses extraversion, agreeableness, conscientiousness, dominance, and carefulness. They compared the results to previous studies of the same characteristics in chimpanzees and humans.

The study revealed that the personality traits of killer whales were similar to those of both humans and chimpanzees, with more similarities to chimpanzees.

Looking at the extraversion factor, the killer whales were playful, gregarious, and sociable – a combination of traits found in both humans and chimpanzees. The whales were also found to share personality traits for conscientiousness and agreeableness with chimpanzees, including stubbornness, protectiveness, and patience.

The findings suggest some evolutionary convergence between killer whales and primates due to the advanced cognitive abilities required for complex social interactions. Killer whales can live into their 90s in tightly knit pods, displaying advanced communication skills and cooperation.