Killer whales are at risk of disappearing due to PCB pollution • Earth.com 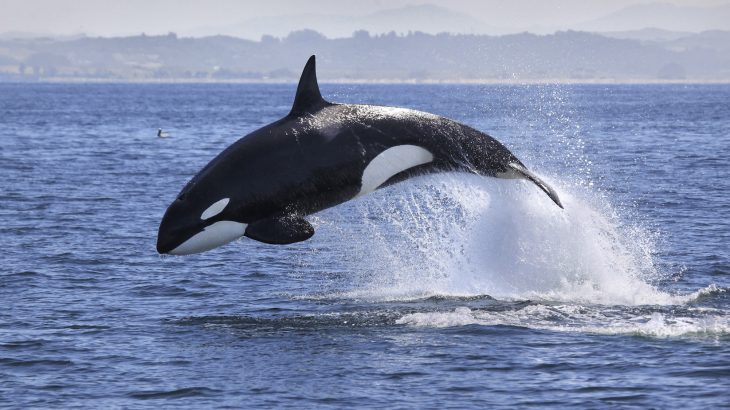 Killer whales are at risk of disappearing due to PCB pollution

Over forty years ago, the first initiatives were put in place to ban the use of polychlorinated biphenyls (PCBs), which are chemical pollutants that can be passed through the food chain and are deadly to animals in certain concentrations. A new study published in the journal Science shows that – despite these bans – the current concentrations of PCBs may lead to the disappearance of half the world’s populations of killer whales in a period of just 30 to 50 years.

Killer whales – also known as orcas – are the last link in a long oceanic food chain. Because of this, they are among the mammals with the highest level of PCBs in their tissue, as the chemical increases in concentration as the food chain goes up. Many studies have shown that PCB levels as low as 50 milligrams per kilogram of tissue are enough to cause infertility and impact the immune system in some animals. Shockingly, researchers have measured PCB concentrations as high as 1300 milligrams per kilo in the fatty tissue of orcas.

For this study, an international team of researchers reviewed all existing literature and assessed all data compared to their own most recent results on PCB levels in these whales. In total, they accrued data on more than 350 individual killer whales from around the world, which makes this the largest number of whales ever studied. They then used models to predict the effects of PCBs on the number of offspring – as well as the immune system and mortality of killer whale populations over a period of 100 years. The result was that more than 50 percent of orca populations are under threat.

Of the 19 killer whale populations they investigated, 10 of these populations may disappear entirely in the next few decades. The most threatened populations were in heavily contaminated areas such as the waters near Brazil, the Strait of Gibraltar, and near the United Kingdom. Although the killer whale is one of the most widespread mammals on Earth – found in all of the world’s oceans – only the populations living in the least polluted areas contain a large number of individuals.

Orcas typically eat seals, large fish such as tuna, and sharks – which all accumulate high concentrations of PCBs themselves, along with other pollutants. However, orca populations that primarily feed on smaller fish, like herring and mackerel, tend to have significantly lower levels of PCBs.

While international efforts to phase out PCBs began over four decades ago during the Stockholm Convention, it clearly has not been enough to reduce the health effects of animals at the top of the food chain.

“This suggests that the efforts have not been effective enough to avoid the accumulation of PCBs in high trophic level species that live as long as the killer whale does. There is therefore an urgent need for further initiatives than those under the Stockholm Convention,” says co-author Paul D. Jepson, of the Institute of Zoology, Zoological Society of London, England.