Your kitchen sponges contain an insane amount of bacteria • Earth.com 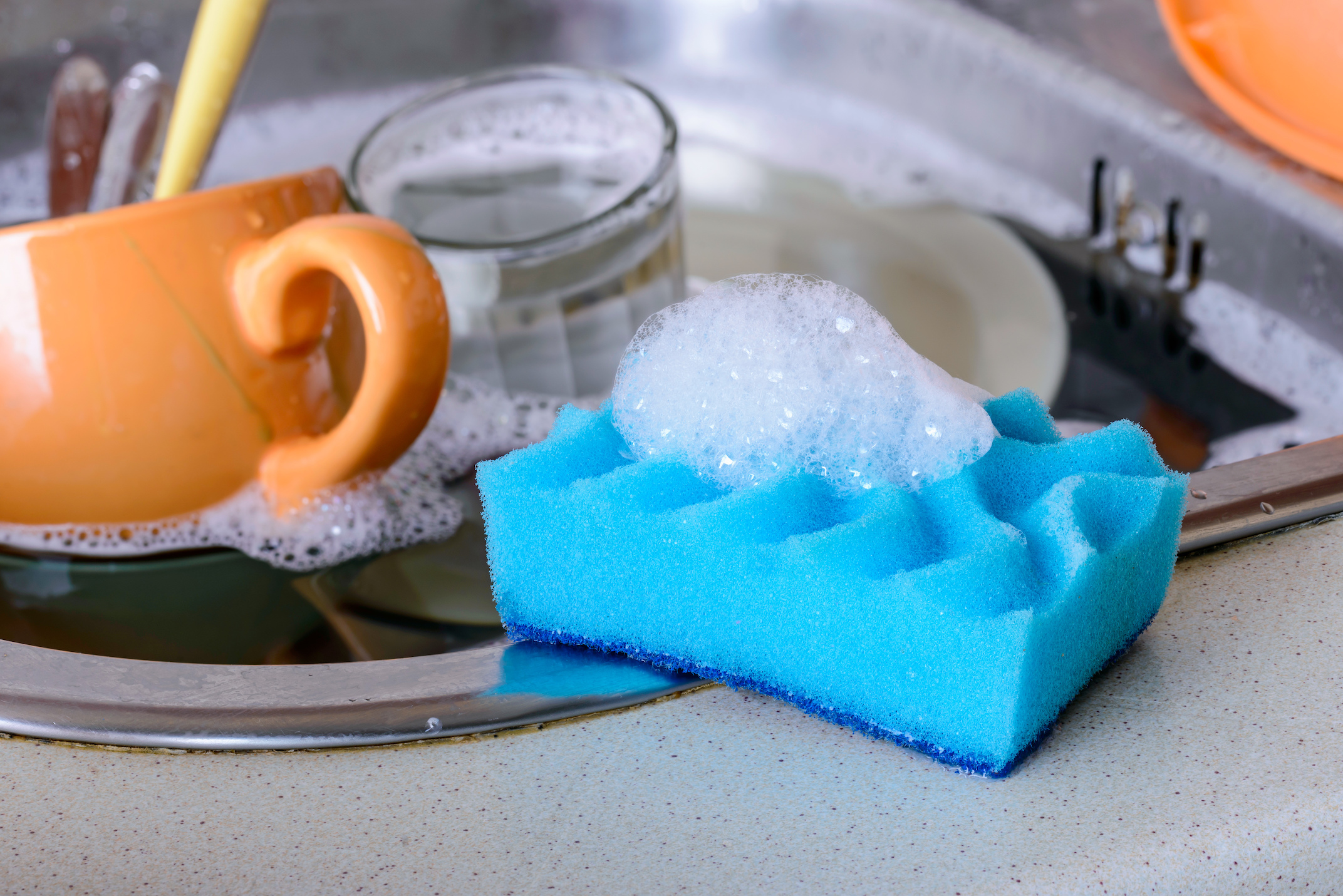 Your kitchen sponges contain an insane amount of bacteria

German researchers have discovered an alarming amount of bacteria in used kitchen sponges. DNA samples from 14 sponges contained bacteria with pathogens that can cause infections and serious diseases in humans.

Scientists from Furtwangen University closely analyzed kitchen sponges and found the presence of 362 different types of bacteria. They detected a small amount of Gammaproteobacteria, which is a class of bacteria that includes pathogens capable of causing the plague, cholera, Salmonella, and typhoid fever.

The researchers used a method called fluorescence in situ hybridization, a process in which fluorescent probes are used to bind to parts of DNA. Confocal laser scanning microscopy made the bacteria in the sponges visible. One sample was found to have 54 billion bacterial cells in an area the size of a single square centimeter.

“Despite common misconception, it was demonstrated that kitchen environments host more microbes than toilets,” said the authors of the study. ‘This was mainly due to the contribution of kitchen sponges, which were proven to represent the biggest reservoirs of active bacteria in the whole house.”

The team pointed out that the porous nature of kitchen sponges combined with their liquid-absorbing capacity make them a perfect storage space for tiny living organisms.

“Kitchen sponges are likely to collect, incubate and spread bacteria from and back onto kitchen surfaces, from where they might eventually find their way into the human body, e.g. via the human hands or contaminated food,” the researchers said.

The team boiled and microwaved the kitchen sponges in an attempt at sterilization, and found bacteria was only reduced by 60 percent at the most. They also determined that using these particular methods of sterilization may actually increase risk 2 bacteria content. This bacteria contains pathogens associated with less serious illnesses.

The study is published in the journal Scientific Advances.