Largest comet ever spotted is hurtling toward Earth • Earth.com 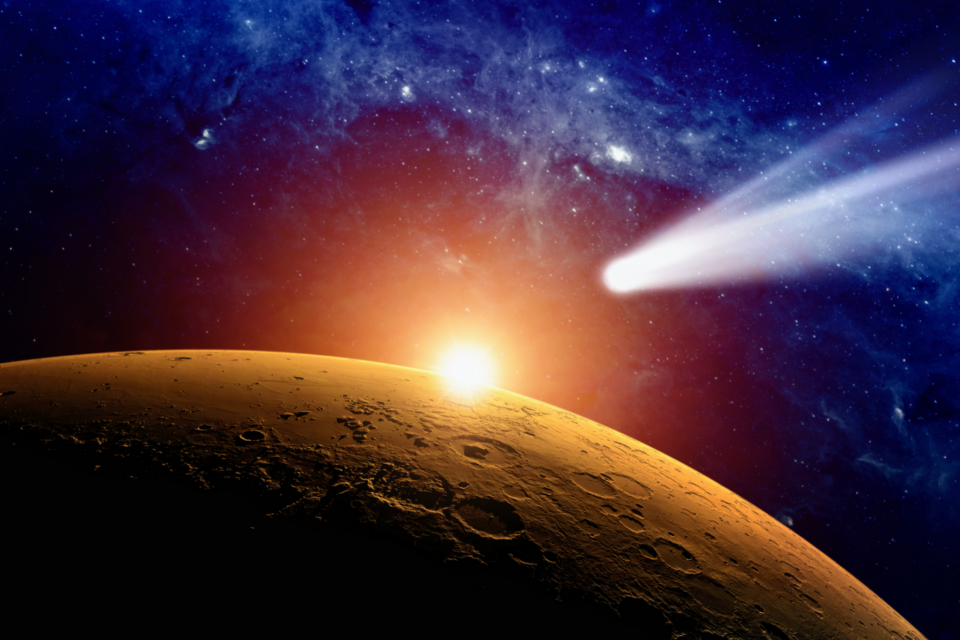 Largest comet ever spotted is hurtling toward Earth

A comet 80 miles across is hurtling in our direction at 22,000 miles from the edge of the solar system. Thankfully it’ll pass by with quite a margin, coming no closer to Earth than a little farther away than Saturn. The massive object will make this approach almost a decade from now.

Using NASA’s Hubble space telescope, UCLA scientists were able to confirm the comet’s nucleus to be roughly 50 times greater than those of an average known comet. The mass is estimated at 500 trillion tons, which is a hundred thousand times greater than the mass of typical comets.

“This is an amazing object, given how active it is when it’s still so far from the sun,” said study lead author Man-To Hui, who earned his doctorate from UCLA in 2019 and is now with the Macau University of Science and Technology. “We guessed the comet might be pretty big, but we needed the best data to confirm this.”

Comets made of ice are the oldest known objects in the solar system. These icy bodies were tossed to the outer limits of the solar system by the gravity fields of the large outer planets. Now, billions of them seem to be surrounding our solar system in the oort cloud. A new study focused on this particular comet was published in the journal Astrophysical Journal Letters.

“This comet is literally the tip of the iceberg for many thousands of comets that are too faint to see in the more distant parts of the solar system,”said study co-author and UCLA PR David Jewitt. “We’ve always suspected this comet had to be big because it is so bright at such a large distance. Now we confirm it is.”

The scientists used radio observations as well as photos taken by the Hubble space telescope for their investigation. Amazingly, the comet has been falling toward our sun for about a million years. This is a small piece of evidence for an oort cloud – something long hypothesized but impossible to confirm as most comets are too faint to be seen at such a distance.