The world’s largest living organism is collapsing in Utah • Earth.com 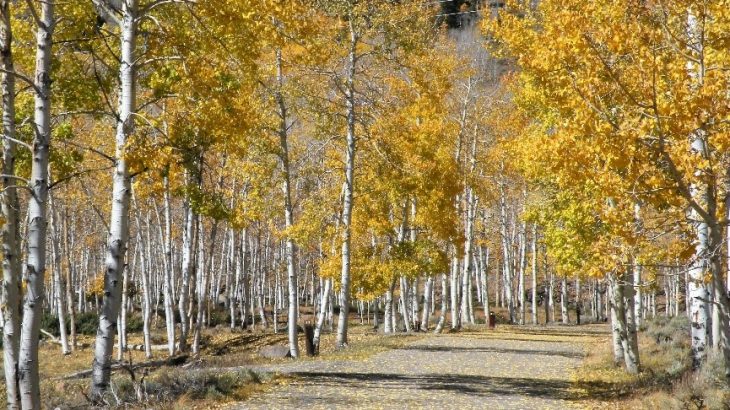 The world’s largest living organism is collapsing in Utah

The world’s largest living organism, located in Utah’s Fishlake National Forest, might not look like anything much but a large stretch of aspen trees. But if you were to look beneath the surface, you would find a vast and complex root system responsible for this behemoth organism.

The Pando aspen clone is connected by the same route system and is considered the largest and oldest living organism in the world.

The name clone comes from the fact that each of its above-ground stems, of which there are more than 47,000, is a direct copy of an underground parent clone.

Researchers from Utah State University have conducted a thorough assessment of the Pando aspen clone and found that a majority of the clone is deteriorating even though restoration efforts have worked to recover portions of the grove.

The study represents the first comprehensive analysis of the forest ever conducted and was published in the journal PLOS ONE.

The researchers examined the success of restoration efforts, such as fencing to keep out mule deer. At first, these protective strategies showed potential, but the researchers found that these measures are now largely failing.

“After significant investment in protecting the iconic Pando clone, we were disappointed in this result. In particular, mule deer appear to be finding ways to enter through weak points in the fence or by jumping over the eight-foot barrier,” said Paul Rogers, a lead author of the study. “While Pando has likely existed for thousands of years–we have no method of firmly fixing its’ age–it is now collapsing on our watch. One clear lesson emerges here: we cannot independently manage wildlife and forests.”

The clone has thinned over time due to deforestation and development, and researchers worry that the Pando clone won’t survive much longer.

The aspen trees that are part of the Pando clone are iconic for Utah and much of the American West. If the clone collapses, it would mean a significant loss for Utah’s National Forests and cause untold damage to local food webs and habitats.

“In addition to ecological values, Pando serves as a symbol of nature-human connectedness and a harbinger of broader species losses,” said Rogers.  “Here, regionally, and indeed internationally, aspen forests support great biodiversity. This work further argues for ‘mega-conservation’ as a departure from traditional individual species-habitat approaches. It would be a shame to witness the significant reduction of this iconic forest when reversing this decline is realizable, should we demonstrate the will to do so.”