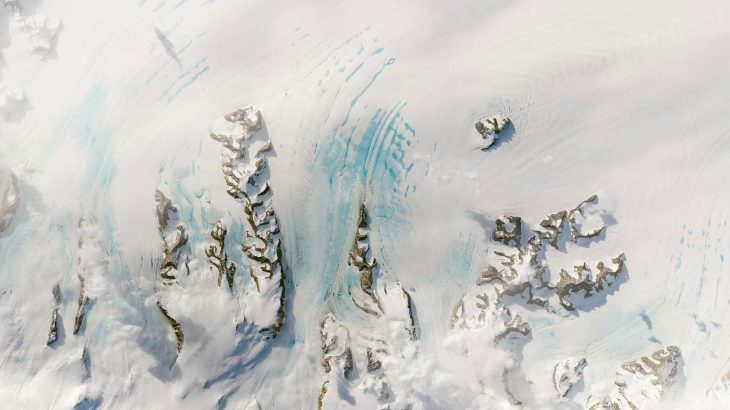 As the northernmost point of Earth’s coldest continent, the Antarctic Peninsula is especially vulnerable to climate change. In 1995, surface melting of snow and ice initiated the breakup of the peninsula’s northernmost Larsen A ice shelf, quickly followed in 2002 by the breakup of the Larsen B ice shelf – losing a section roughly the size of Rhode Island. With the collapse of the Larsen A and B ice shelves, this now leaves behind (you guessed it) a vulnerable Larsen C ice shelf, which is the fourth largest in Antarctica.

A new University of Maryland study, published in Geophysical Research Letters, has found concerning evidence that the Larsen C ice shelf experienced an unusual spike in late summer and early autumn surface melting from 2015 to 2017. The data spans 35 years, beginning in 1982, and indicates how much of this additional melting is due to warm, dry air currents known as foehn winds, which originate high in the peninsula’s central mountain range.

The research team also found that the three-year spike in foehn-induced melting at Larsen C has caused the restructuring of the snowpack on the ice shelf. Were this pattern to continue, it could definitively change the density and stability of the Larsen C ice shelf, which may put it at increased risk of collapse.

“Three years doesn’t make a trend. But it’s definitely unusual that we are seeing enhanced foehn winds and associated melting in late summer and early autumn,” says Rajashree Tri Datta, a faculty assistant at UMD’s Earth System Science Interdisciplinary Center and the lead author of the research paper. “It’s unusual that we’re seeing increased foehn-induced melt in consecutive years – especially so late in the melt season, when the winds are stronger but the temperatures are usually cooling down. This is when we expect melting to end and the surface to be replenished with snow.”

Due to increased surface melting, water begins to stream into the underlying layers of uncompacted, porous snow within the upper layers of the ice sheet. The water then refreezes, which causes these layers to become denser. As this continues, these layers become too dense for water to enter, which leads to the buildup of liquid water on top of the ice shelf. 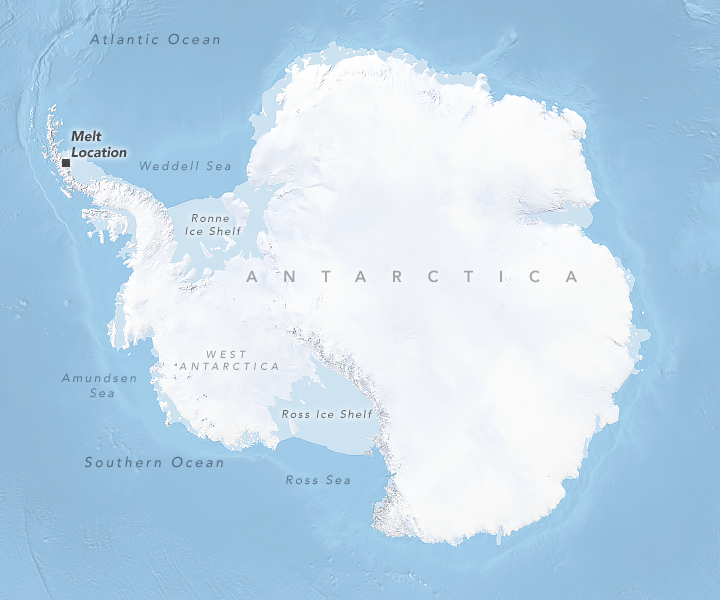 “With enhanced densification, the ice enters the next warm season with a very different structure. Our modeling results show that, with less open space for the surface water to filter into, runoff increases year after year,” says Datta, who also has an appointment at NASA’s Goddard Space Flight Center. “The dominant theory suggests that enhanced densification led to the fracture of the Larsen A and B shelves. Despite an overall decrease in peak summer melt over the last few years, episodic melting late in the melt season could have an outsized impact on the density of the Larsen C ice shelf.”

Additionally, the foehn winds that come from the colder eastern slopes of the Antarctic Peninsula’s central mountain range can cause a rise in air temperature of as much as 30 degrees Fahrenheit, resulting in localized increases of snowmelt. Datta explains that these winds exert their most significant effects at the bases of glacial valleys. Because of this, the foehn winds may destabilize some of the most fragile and integral structures in the Larsen C ice shelf, where the feet of the glaciers connect to the shelf.

“The Larsen C ice shelf is of particular interest because it’s among the most vulnerable in Antarctica,” Datta says. “Because it’s a floating ice shelf, a breakup of Larsen C wouldn’t directly lead to a rise in global mean sea level. However, the ice shelf does brace against the flow of the glaciers that feed it. So if Larsen C goes, some of these glaciers will be free to accelerate their rate of flow and melt, which will result in a rise in global sea level.”