Molten liquid layers in the Earth’s core separate like oil and vinegar • Earth.com 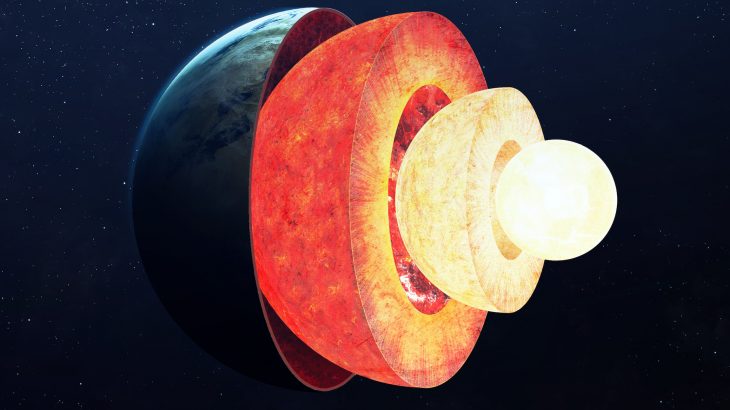 Beneath the Earth’s crust and mantle lies a churning viscous tempest of molten iron and nickel that make up the outer core.

This flurry of molten metals produces the planet’s magnetic field, without which the Earth would be constantly bombarded by harmful radiation from the sun.

Despite the extremely high temperatures and constant churning movement, a new study has found that Earth’s viscous outer core forms distinct layers, like a salad dressing that separates.

Researchers from Yale found that iron alloys within the Earth’s core undergo a process called immiscibility and form two layers of liquids when subjected to the same pressures and heat found in the Earth’s core.

“We observe liquid immiscibility often in everyday life, like when oil and vinegar separate in salad dressing,” said Sarah Arveson, the lead author of the study. “It is surprising that liquid phase separation can occur when atoms are being forced very close together under the immense pressures of Earth’s core.”

Immiscibility, or separation of molten alloys like nickel, has been well documented at atmospheric pressures and even at the intense pressures that occur in the Earth’s mantle, but this is the first study to explain why separation occurs 2,900 kilometers beneath the surface. 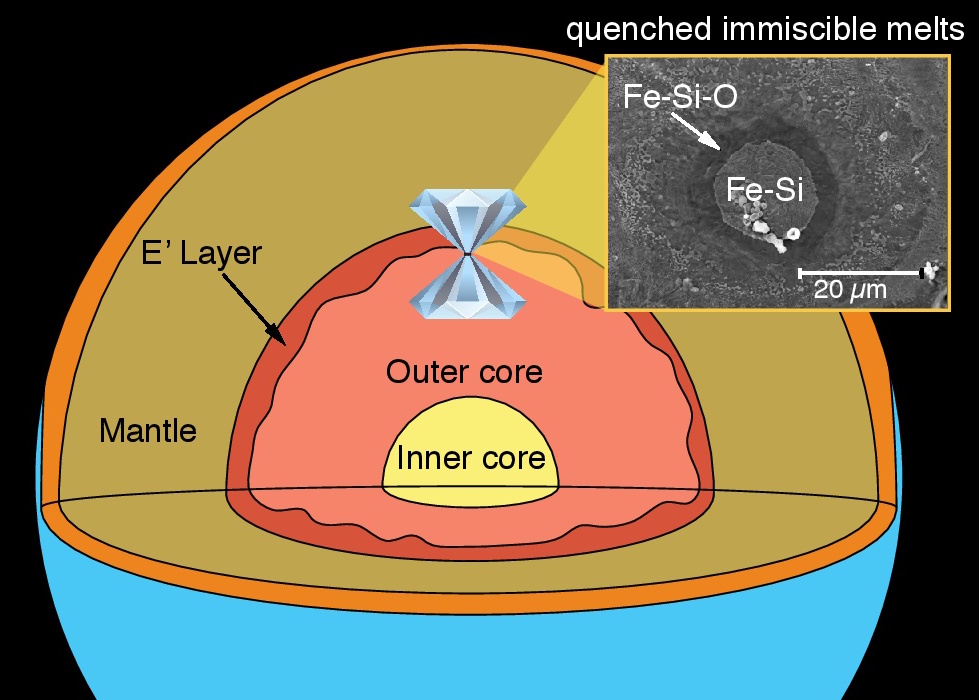 The researchers used laser-heated diamond-anvil cell experiments to generate high pressures similar to those found in the Earth’s outer core. These experiments were then combined with computer simulations to replicate outer core conditions.

The researchers found that under these conditions, two distinct molten liquid layers form. The first is an oxygen-poor iron silicon layer and the second is an iron layer rich in oxygen that rises to the top of the outer core and moves slower than the layer beneath.

“Our study presents the first observation of immiscible molten metal alloys at such extreme conditions, hinting that immiscibility in metallic melts may be prevalent at high pressures,” said Lee.

The study adds to our understanding of the formation of the Earth’s core and mantle and the evolution of the magnetic field.