How Earth’s magnetic field protects us from solar radiation • Earth.com 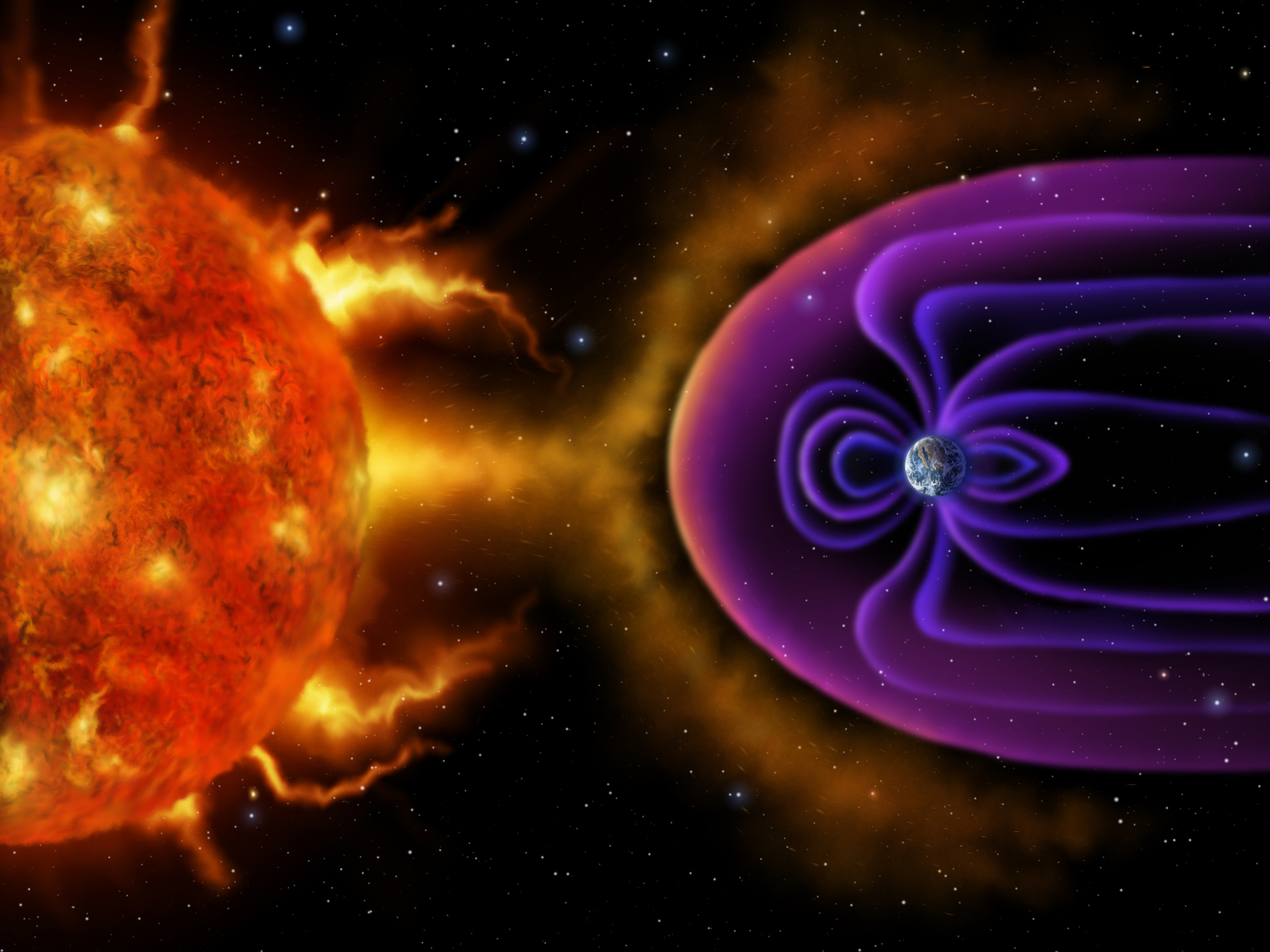 How Earth’s magnetic field protects us from solar radiation

The Earth’s magnetic field is an important barrier that protects us all from harmful solar radiation. Charged particles from solar wind bombard the Earth on a daily basis, but the strong force of the magnetic field keeps them at bay.

The European Space Agency’s (ESA) Swarm mission was first launched in 2013 with the objective of better understanding the magnetic field, which is generated by currents of molten iron from the Earth’s outer core. The field carries about one terawatt of power through its electric currents.

The goal of Swarm is to shed light on the mysteries of the magnetic field and the inner workings using a trio of satellites.

Now, researchers are gaining insight into the complex relationship between the magnetic field and solar radiation.

The satellites have allowed the team to closely examine field-aligned currents (FACs) across different scales.

“We have a good understanding of how these currents exchange energy between the ionosphere and the magnetosphere at large scales, so we assumed that smaller-scale currents behaved in the same way…” said Ryan McGranaghan from NASA’s Jet Propulsion Laboratory. “Swarm has allowed us to effectively zoom in on these smaller currents and we see that, under certain conditions, this is not the case.”

McGranaghan detailed his findings in a paper that was published in the Journal of Geophysical Research: Space Physics.

Despite their size, smaller currents still carry a lot of energy and impact the ionosphere and magnetic field  differently than large-scale FACs.

Colin Forsyth from University College London, a co-author of the Geophysical Research paper, notes the new findings were important for several reasons.

“Since electric currents around Earth can interfere with navigation and telecommunication systems, this is an important discovery,” said Forsyth. “This new knowledge can be used to improve models so that we can better understand, and therefore, ultimately, prepare for the potential consequences of solar storms.”