Licorice tea can cause serious side effects • Earth.com 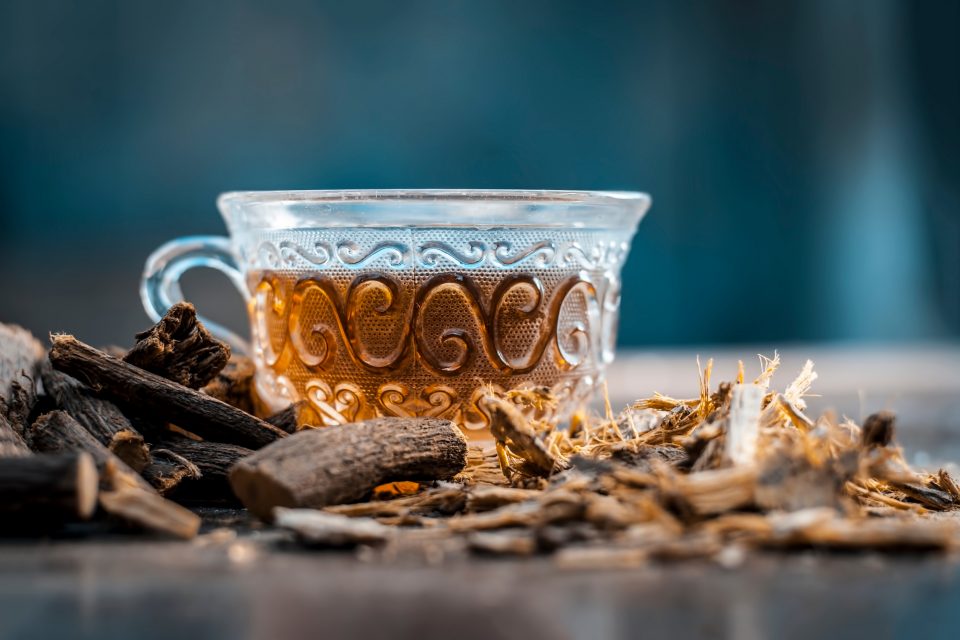 Licorice tea can cause serious side effects

Licorice is commonly used in herbal teas for promoting digestive, respiratory, and adrenal gland health. Teas that claim to support bronchial wellness or teas that are intended for cleansing and detoxing often contain a form of licorice.

Licorice has been used to treat symptoms of eczema, psoriasis, irritable bowel syndrome, high cholesterol, and other conditions. However, it has not been approved by the FDA as a medicinal product, and it may produce unwanted side effects.

While the short time side effects of licorice are symptoms such as fatigue and headache, the long-term side effects can be much more serious such as high blood pressure, nosebleeds, anxiety, or shortness of breath.

In one recent case, an 84-year-old Canadian man visited the emergency room for high blood pressure, which was found to be caused by the consumption of homemade tea made from licorice root.

Beyond severely elevated blood pressure, he was suffering from a headache, light sensitivity, chest pain, fatigue, and fluid retention in the calves. The patient, who had a history of high blood pressure, reported that he had been drinking one to two glasses of homemade licorice root extract called “erk sous” on a daily basis for two weeks.

Licorice tea is a very popular herbal tea in the Middle East and parts of Europe, and erk sous is widely consumed in Egypt during Ramadan.