Life on Earth existed on land much earlier than previously believed • Earth.com 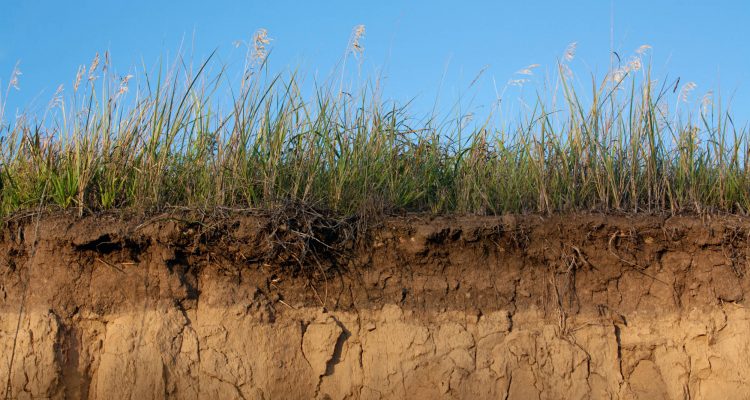 Life on Earth existed on land much earlier than previously believed

Life on Earth existed in soils long before trees or mosses evolved. That is the conclusion drawn by a team from the University of Oregon, as revealed by a close examination of microfossils in the desert of northwestern Australia.

These tiny fossils require a microscope to see and probably represent whole organisms. The 3,000 million-year-old Australian rocks have long been thought to be of marine origin. However, “a closer look at the dusty salt minerals of the rocks suggests they had to have experienced evaporation on land,” said UO paleontologist Gregory Retallack, lead author on a study in the December issue of the international journal Gondwana Research.

Other mineral and chemical tracers found in the rocks also required weathering in soils of the distant geological past, he said.

“Life was not only present but thriving in soils of the early Earth about two thirds of the way back to its formation from the solar nebula,” Retallack said. The origin of the solar system — and Earth — occurred some 4.6 billion years ago.

The study outlines a microbiome of at least five different kinds of microfossils recognized from their size, shape and isotopic compositions. The largest and most distinctive microfossils are spindle-shaped hollow structures of mold-like actinobacteria, still a mainly terrestrial group of decomposers that are responsible for the characteristic earthy smell of garden soil.

Other sphere-shaped fossils are similar to purple sulfur bacteria, which photosynthesize organic compounds in the absence of oxygen while leaving abundant sulfate minerals in the soil.

“With cell densities of over 1,000 per square millimeter and a diversity of producers and consumers, these microfossils represent a functioning terrestrial ecosystem, not just a few stray cells,” said Retallack, a professor in the Department of Earth Sciences and director of paleontology collections at the Museum of Natural and Cultural History. “They are evidence that life in soils was critical to the cycles of carbon, phosphorus, sulfur and nitrogen very early in the history of the planet.”

The new discoveries by the UO team are potentially controversial because many scientists have long pointed to stromatolites, a life form that emerged 3.7 billion years ago, and other marine life as evidence of life that evolved in the sea and found their way into intertidal rock formations.

Retallack referred to the memoir “Lab Girl” published this year by Hope Jahren, a geobiologist at the University of Hawaii, who wrote: “For several billion years, the whole of the Earth’s land surface was completely barren. Even after life had richly populated the oceans, there is no clear evidence for any life on land.”

“The newly recognized microfossils may have supplied some evidence at last,” Retallack said.

The ancient soils with sulfate salts and microfossils come from the Pilbara region of Western Australia. They are superficially similar to those found recently by the Mars rover Curiosity. “They may,” he said, “be useful as guides for the discovery of life on other planets.”

Critical to the new discoveries were advanced imaging and analyses performed with the cluster of instruments in the Center for Advanced Materials Characterization of Oregon, commonly known as CAMCOR, at the UO.