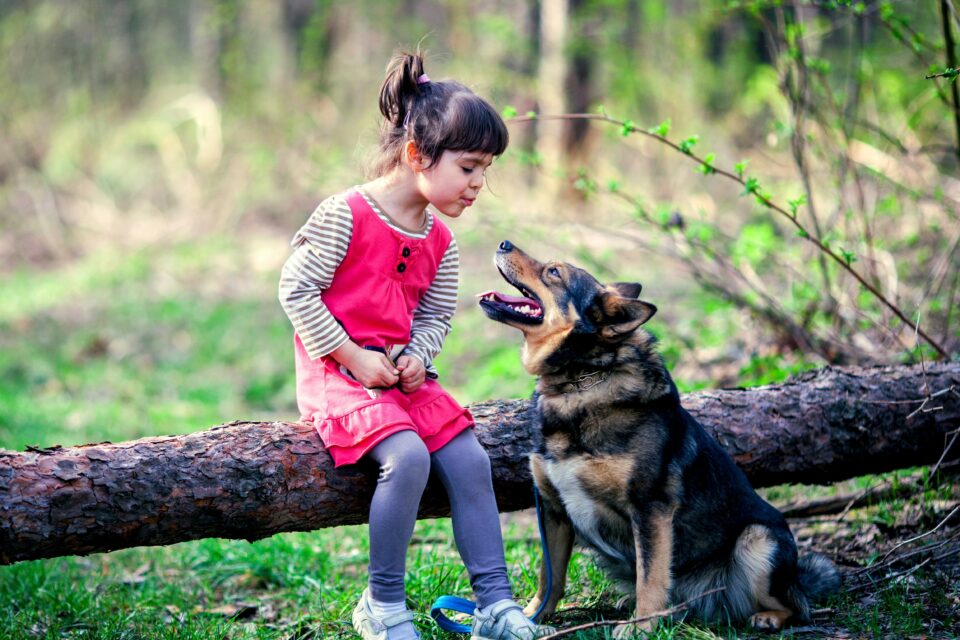 A new study led by the University of São Paulo (USP) in Brazil has found that dogs communicate with humans in ways that are dependent upon their particular life experiences. Thus, dogs living inside homes tend to exchange more gazes with their caregivers than dogs living outside or in shelters.

“Dogs are particularly skillful in communicating with humans, and growing evidence points towards the importance of both species intertwined evolutionary history and intense daily partnership,” wrote the study authors.

One of the communication behaviors used by dogs is gaze alternation, which can be defined as first staring at humans to get their attention, then flicking the eyes to where an unattainable and desired object is located, and then gazing back at the humans.

“The findings point to strong influence of life experience on development and use of communicative behavior. Dogs that spent longer time near people were more disposed to use communication as a strategy to obtain a desired objective,” said study lead author Juliana Wallner Werneck Mendes, who conducted the experiment at the Canine Laboratory at USP during her master’s research.

“Another important aspect we observed was that all groups communicated,” she added. “Shelter dogs used to be considered unable to communicate with humans. In fact, they do, but less so. This shows that the experiences of a lifetime result in different kinds of behavior.”

According to Mendes and her colleagues, the low level of interaction characterizing shelter dogs should not be interpreted as incapacity. On the contrary, they seem quite capable of communicating, even with little exposure to humans, but they don’t need to do it for much of their lives.

These findings shed more light on the relationship between nature and nurture in canine development and behavior. “Canine behavior is largely inherited, of course, and they were domesticated a very long time ago, but this aspect should never be abstracted from the context in which they live. Nurture and the environment are also very important,” Mendes concluded.

The study is published in the journal Behavioural Processes.