New research reveals life is possible throughout other universes • Earth.com 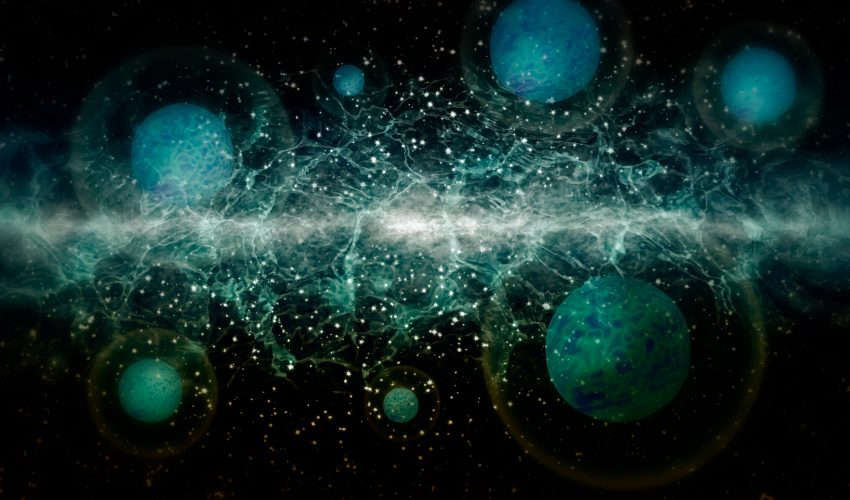 New research reveals life is possible throughout other universes

A new study led by Durham University has analyzed the possibility of life in a hypothetical Multiverse, or multiple universes including our own. The team found that if separate universes exist, life could be more common throughout them than previously thought.

With the help of the Hubble Space Telescope in the late 1990s, scientists discovered that the expansion of the universe had not been slowing down like they had assumed, but had actually been speeding up. The mysterious force behind this cosmic acceleration is referred to as dark energy.

The Multiverse theory explains that the “luckily small” amount of dark energy in our Universe has enabled it to host life, among many universes that could not. Larger amounts of dark energy would presumably cause such a rapid expansion that it would dilute matter before any stars, planets, or life could form.

“The Multiverse was previously thought to explain the observed value of dark energy as a lottery – we have a lucky ticket and live in the Universe that forms beautiful galaxies which permit life as we know it,” said study co-author Dr. Luke Barnes.

“Our work shows that our ticket seems a little too lucky, so to speak. It’s more special than it needs to be for life. This is a problem for the Multiverse; a puzzle remains.”

In the current investigation, the team used vast computer simulations of the cosmos to calculate the potential impact of additional dark energy. They found that even hundreds of times more dark energy would have only a small influence on star and planet formation.

The researchers said that this finding makes it very possible for life to thrive across a wider range of universes, if they exist.

“For many physicists, the unexplained but seemingly special amount of dark energy in our Universe is a frustrating puzzle,” said study co-author Jaime Salcido.

“Our simulations show that even if there was much more dark energy or even very little in the Universe then it would only have a minimal effect on star and planet formation, raising the prospect that life could exist throughout the Multiverse.”

“We asked ourselves how much dark energy can there be before life is impossible? Our simulations showed that the accelerated expansion driven by dark energy has hardly any impact on the birth of stars, and hence places for life to arise,” explained co-author Dr. Pascal Elahi. “Even increasing dark energy many hundreds of times might not be enough to make a dead universe.”

While the research does not rule out the possibility of a Multiverse, the small amount of dark energy in our Universe could be better explained by an undiscovered law of nature.

“The formation of stars in a universe is a battle between the attraction of gravity, and the repulsion of dark energy,” said co-author Professor Richard Bower.

“We have found in our simulations that universes with much more dark energy than ours can happily form stars. So why such a paltry amount of dark energy in our Universe?”

“I think we should be looking for a new law of physics to explain this strange property of our Universe, and the Multiverse theory does little to rescue physicists’ discomfort.”

The research is published in two papers in the journal Monthly Notices of the Royal Astronomical Society.