Remains reveal ‘Little Foot’ moved more like a chimp than a human • Earth.com 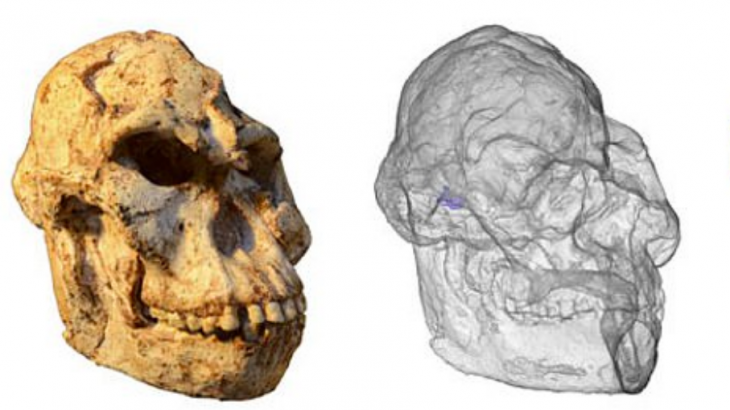 The remains of the controversial and almost-complete skeleton known as “Little foot” – an ancient ancestor of humans – were first discovered in the Sterkfontein caves near Johannesburg, South Africa in 1994. The fossil received its nickname when a scientist used the term to describe its small bones compared to the larger hominins known to exist around that time. It was first categorized as Australopithecus, which is a group of hominins that includes the famous fossil “Lucy.”

Scientists had previously learned that the four-foot tall creature lived 3.67 million years ago, and was an entirely different species than anything observed to date. Further research revealed that Little foot was an elderly female with a crippled left arm, legs longer than her arms, and exclusively ate plants.

Now, new research from the University of Witwatersrand has found that she walked more like a chimp than a human – adding to a growing body of research that says Lucy walked on two feet, but also spent a lot of time in the trees.

The researchers analyzed Little foot’s skull through building a complex 3D model of her inner ear, which is a region that contains several small bones and organs involved in balance and locomotion. Their results showed that this fossil’s inner ear is “substantially different” from other early species of humans, as they compared it to 17 early hominin specimens.

“Our analysis of the inner ear might be compatible with the hypothesis that Little Foot and the Australopithecus specimens in general were walking on two legs on the ground but also spent some times in the trees,” explains Dr. Amélie Beaudet, a co-author of the study.

Study co-author Dr. Ronald Clarke has believed for two decades that Little foot should not be classified as Australopithecus, and does not belong to any known species. Clarke claims that the fossil is a member of a new species, which he calls A. prometheus – derived from the Greek titan Prometheus who made mankind from clay.

“’I’ve spent 20 years getting this skeleton, finding it in the rock in the deep darkness of the cave, locating every bone, and then cleaning it sufficiently so we could identify them in the cave, undercutting them, bringing them out in blocks, cleaning them, reconstructing them,” he says. Now, it seems like all of that hard work and dedication may lead to a new understanding of mankind’s early ancestors.