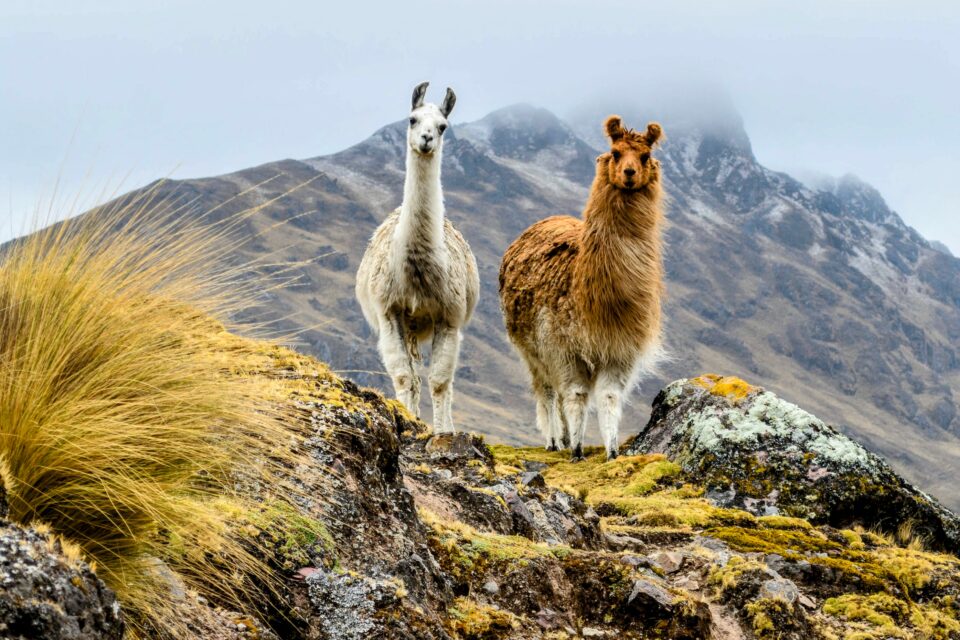 As the latest coronavirus undergoes successive rounds of mutations, the likelihood increases that it will escape the neutralizing effects of vaccines and other forms of treatment that have been developed to date. In response to this, scientists are intensifying their search for more powerful therapeutic solutions.

In a recent study, Rockefeller scientists Michael P. Rout and Brian T. Chait and their colleagues at the Seattle Children’s Research Institute tested the effectiveness of a range of over one hundred nanobodies that target different parts of the SARS-CoV-2 spike protein. Nanobodies are like small antibodies that bind only to a specific section (domain) of an antigen such as the spike protein. They are found in members of the camel family, including llamas, alpacas and camels.

When llamas are immunized with small doses of coronavirus proteins their immune response is similar to that of humans after being vaccinated. However, instead of producing large, chunky antibodies as humans do, they produce small antibodies that bind to specific regions of the antigen only. These antigen-binding fragments are known as nanobodies.

The researchers collected blood samples from llamas that had been immunized and they identified a range of different nanobodies. They then located the genes in the llama’s genome that were responsible for coding these small antibody molecules and introduced the genetic information into bacterial chromosomes. The genetically modified bacteria were then cultured in the lab and produced large amounts of the nanobodies that could be used in analysis and testing.

The results showed that several of the nanobodies were highly effective in neutralizing the original coronavirus, as well as its Delta, Beta and Gamma variants.  The small size of nanobodies allows them to access hard-to-reach spots on the SARS-CoV-2 virus that larger antibodies may be unable to access. Furthermore, the research showed that up to three different nanobodies could bind to the same small region of the spike protein at the same time, increasing the chances of neutralizing the virus.

The researchers also found that different nanobodies were even more effective when combined. They suggested that this enhanced effect was due to the action of hitting different parts of the virus at the same time, thereby minimizing its chance of escaping neutralization.

“One of the most amazing things we observed with the nanobodies is that they show extraordinary synergy,” Chait says. “The combined effect is much greater than the sum of its parts.”

The scientists hope to develop cocktails of nanobodies that target different regions of the virus at the same time, reducing the chance that the virus can escape detection and neutralization. New studies are even underway to test the effectiveness of this technology on the Omicron variant.

Nanobodies are small and nimble, able to squeeze into hard-to-access folds of the viral spike protein. They are also inexpensive to mass-produce using genetically modified yeast or bacteria. This property, along with the fact that they are remarkably stable even in high temperatures and during long periods of storage, means that nanobodies could be developed into a drug suitable for use in different settings all over the world. This is particularly urgent in many developing countries where citizens still await access to vaccines.