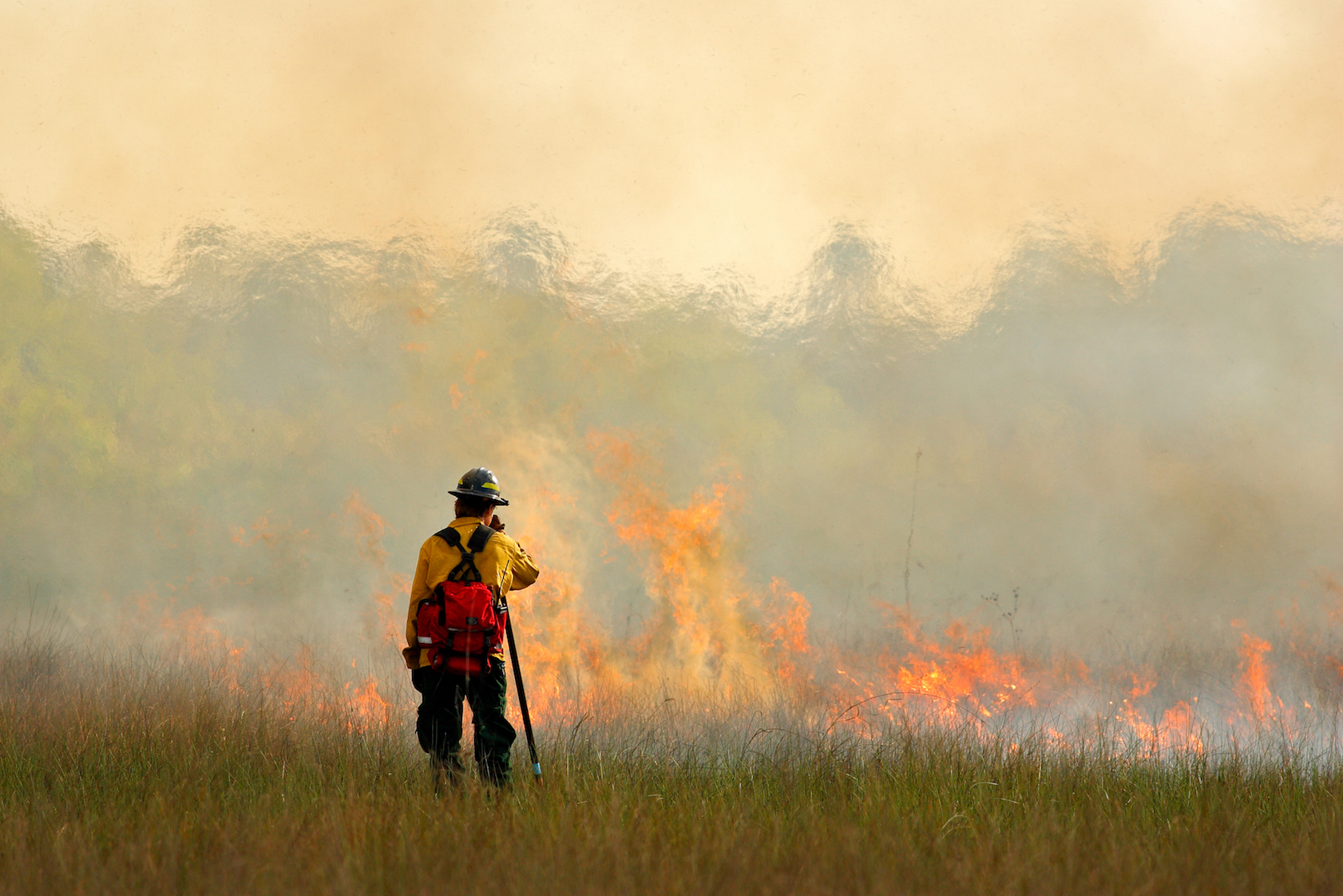 Earth losing grasslands and seeing fewer fires due to agriculture

Open grasslands and the wildfires that sustain them have been greatly reduced over the last 20 years because of a massive increase in agriculture, a new study found.

The total area of Earth’s surface torched by flames fell by nearly 25 percent, or 452,000 square miles (1.2 million square kilometers) from 1998 to 2015 according to the study by University of California, Irvine and NASA researchers and published in Science.

The largest drops were in Central America and South America, across the Eurasian steppe and in northern Africa, according to the study that analyzed data from NASA’s Terra and Aqua satellites.

“A billion and a half more people have been added to the planet over the past 20 years, livestock has doubled in many places, and wide-open areas once kept open by fire are now being farmed,” said James Randerson, professor at UCI. “Our fire data are a sensitive indicator of the intense pressure humans are placing on these important ecosystems.”

Scientists have predicted that fire risk would soar with rising global temperatures. But the prediction tools didn’t account for surging population growth or the conversion of grasslands and subsistence farming to industrial agriculture in some of the world’s poorest areas, the new study said.

Without occasional blazes, trees and shrubs encroach on grassland, which covers about a fifth of the planet’s terrain.

“Humans are interrupting the ancient, natural cycle of burning and recovery in these areas,” Randerson said.

There are some benefits from fewer fires, such as reducing lung-damaging smoke, the authors said.

There have been more wildfires the western U.S. and across North American boreal forests, where climate change is lengthening the fire season and drying out flammable vegetation faster, the authors noted.