Loss of crocodilians may have devastating consequences • Earth.com 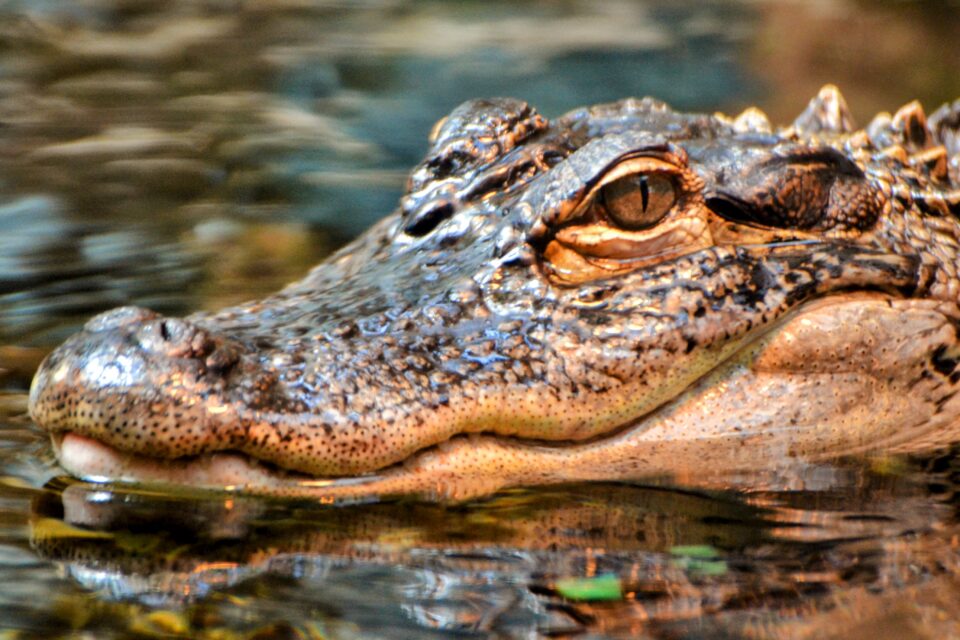 Over half of the world’s crocodilians – a group that includes crocodiles, alligators, caimans, and gharials – are currently threatened with extinction due to habitat loss, hunting, bycatch in fishing gear, and damming of rivers. A new study led by the University of Oxford in collaboration with the Zoological Society of London (ZSL) has found that losing these endangered species entails losing the diverse ecological roles that they provide, with unknown – and potentially devastating – ecological consequences. According to the experts, about 38 percent of the various ecological functions that crocodilian species provide for wider ecosystems are now at risk of being lost.

The scientists investigated the diversity of crocodilian ecological roles by looking at measurable functions associated to how different species function in their environment, including skull shape, body size, or habitat use. For instance, the prolific burrowing activities of the critically endangered Chinese alligator (Alligator sinensis) provides vital shelter and refuge for other species, while the Philippines crocodile (Crocodylus mindorensis) controls agricultural pests by feeding upon invasive apple snails, and the saltwater crocodile (Crocodylus porosus) – the world’s largest crocodile – travels hundreds of kilometers across open oceans, transporting nutrients between terrestrial, freshwater, and marine habitats.

“If we lose these species, we stand to lose the important roles they play, forever,” said study lead author Phoebe Griffith, a doctoral student in Crocodilian Conservation at Oxford. “We are only just beginning to investigate what these roles are, but some species may be lost before we have chance to understand their place in the ecosystems they are found. This is especially worrying as many of the crocs we highlight as ecologically distinctive are also the species at immediate risk of extinction.”

According to Griffith and her colleagues, certain traits can help to decrease a species’ risk of extinction. For example, species which invest heavily in reproduction, are highly adaptive to different habitats, or can tolerate climate extremes have better chances of survival. However, since crocodilians often occupy fragile habitats, such as freshwaters or coastlines that are under high human pressure, they are at increased risk in many regions of the globe, particularly in and around Asia.

“Our study highlights the highly threatened nature of crocodilians and that immediate, stronger conservation action for many of these species is essential if we are to protect their ecological functions in the freshwater habitats they occur in. This is so important as freshwater habitats are amongst the most threatened on Earth, but provide many critical services for our planet,” Griffith concluded.