Love vines outsmart wasps and turn them into mummies • Earth.com 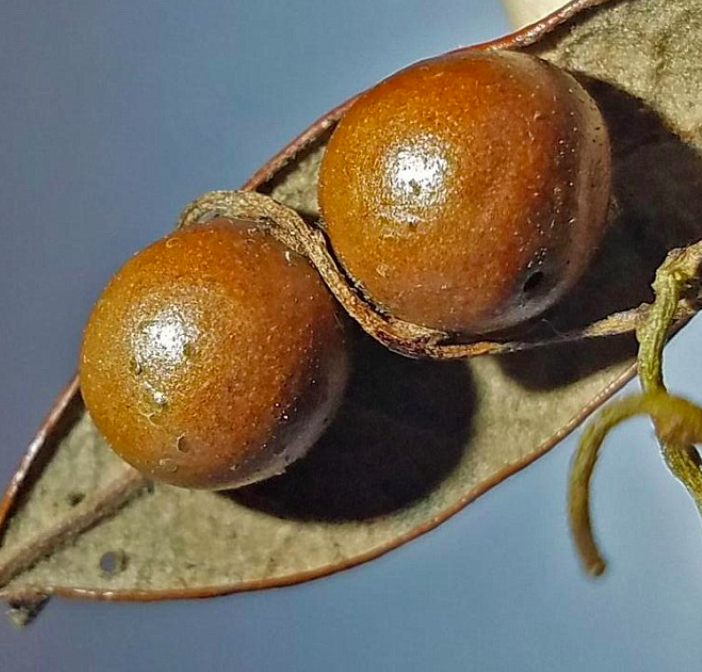 Love vines outsmart wasps and turn them into mummies

Researchers in Florida observed something never-before-witnessed between wasps and an orange plant called a love vine.

There are some species of parasitic wasp known as gall-forming wasps because they lay their eggs in newly formed oak trees.

A brown sphere called a gall develops around the egg and becomes part of the tree, attacking the host even though its components are similar to the oak tree.

Eventually, the larva will emerge from the gall and host tree. But Scott Egan, an evolutionary biologist from Rice University discovered something strange while examining galls.

“Galls are like tumors in many ways,” said Egan. “The wasps induce them to grow at the site where they lay their eggs, but the galls are part of the tree. The cells there have the same DNA as any other cell in the tree. They’ve just been reprogrammed to grow and behave in a way that is ultimately harmful to the tree.”

Egan and his team gathered gall and oak tree samples in South Florida’s oak scrub habitat and examined them in a lab setting. The research team noticed that there were unusual formations of love vines growing between the gall samples that had been collected.

After cutting the love vines in half, the researchers found fully mummified wasp remains leading to the realization that the love vine is able to feed off the gall, much the way the wasp larva does the tree, mummifying the wasp as it matures inside the gall.

“Basically, you have a parasitic plant attacking a parasitic insect inside of another host, a host they share.” Egan said.

The researchers found 23 galls with mummified wasps and 51 galls that had been attacked by love vines.

Egan and his team are the first people to record this parasitic battle between wasps and love vines, and the research could help with pest control studies and even cancer treatments.

“If we can find out how the vines identify the galls,” said Egan. “How they zero in on them, it could potentially provide new clues for targeting and fighting cancer.”