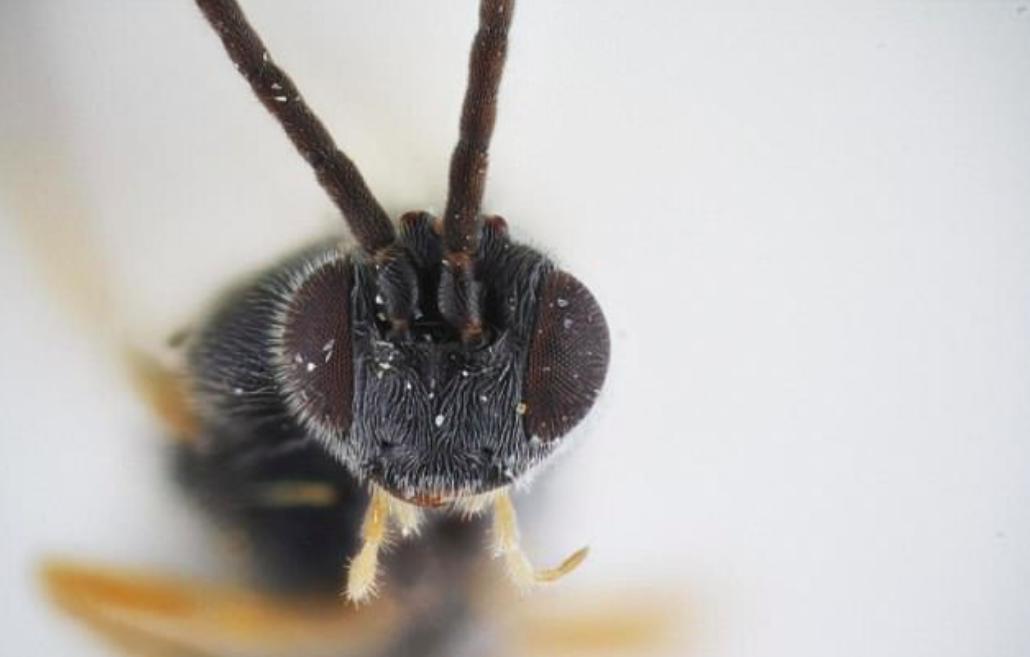 Researchers at the University of Adelaide have identified three new species of wasp. One of the discoveries is a parasitoid wasp that preys on caterpillars, injecting its eggs into the host. The baby larvae eat their way from the inside out of the caterpillars and repeat the same process as adults.

There are thousands of species of wasps, beatles, worms, and flies that are parasitoids. The biology of parasitoidal behavior has inspired science fiction movies, and the new parasitoid wasp was named Xenomorph after the highly-aggressive alien species featured in Ridley Scott’s 1979 film Alien.

“Dolichogenidea xenomorph acts as a parasite in caterpillars in a similar way that the fictional Alien creature does in its human host,” explained lead researcher and PhD student Erinn Fagan-Jeffries.

“The wasp is also black and shiny like the alien, and has a couple of weird traits for the genus – so xenomorph, meaning ‘strange form,’ fits really well.”

Parasitoid wasps help to regulate populations of their insect hosts, and have been used to help farmers control caterpillars.

The researchers collected D. xenomorph from Queanbeyan, New South Wales, and in southern Australia, and they speculate that the species is widely distributed across Australia.

“We collected over 500 wasps from a particular subfamily, from all over Australia, and determined that there were more than 200 different species just in that relatively small number of specimens,” said Professor Andrew Austin, who supervised the study.

“There are currently only 100 species described in this subfamily for Australia, so we’ve at least doubled the number of known species. It’s important to document our biodiversity so that we can make informed conservation decisions about our environment. Some of these wasps may potentially be useful biological control agents for pests, but we just don’t know about them yet.”

D. xenomorph has an exceptionally long ovipositor, which is the sharp-tipped organ used by the females to inject their eggs into a host. This particular species preys on a type of moth caterpillar that feeds on Eucalyptus leaves.

“At less than 5mm in length, Dolichogenidea xenomorph might seem to lack the punch of its fearsome namesake. But size is relative; to a host caterpillar, it’s an awesome predator,” said Fagan-Jeffries.

The study is published in the journal Molecular Ecology Resources.