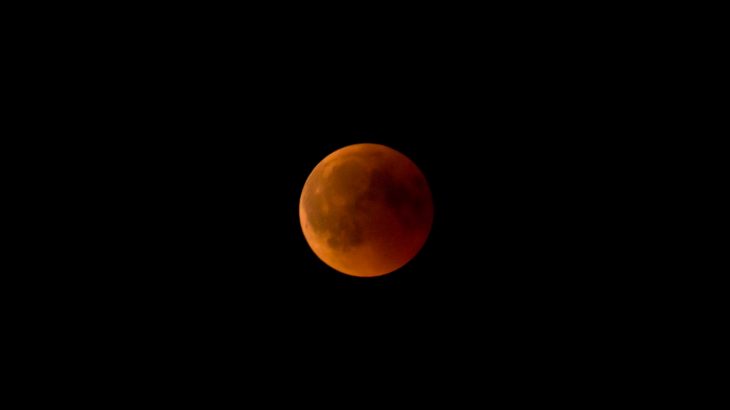 After the fourth of July fireworks tonight, the moon will steal the show with a lunar eclipse just after 11 p.m. The full moon, or the Buck Moon as it is called in July, will partially pass through Earth’s penumbral shadow for two hours and 45 minutes.

In North and South America, the event will begin at 11:07 p.m. ET and last until 1:52 a.m. ET on the morning of July 5. While the best viewing time is expected to be around 12:30 a.m., this depends on your location as well as the weather.

A penumbral lunar eclipse occurs when the moon passes through Earth’s faint, feathered “penumbra” shadow, rather than through the umbra – the region of the planet’s complete shadow.

The event will not be as dramatic as a full lunar eclipse, but experts report that a noticeable darkening of the moon’s surface will be visible without a telescope.

The moon will be located opposite the sun at 12:44 a.m. ET, yet will appear full all weekend.

“The Maine Farmer’s Almanac first published ‘Indian’ names for the full Moons in the 1930’s,” explained experts at NASA. “According to this almanac, as the full Moon in July and the first full Moon of summer, the Algonquin tribes of what is now the northeastern United States called this full moon the Buck Moon.”

This month, you will also have the chance to see Jupiter and Saturn rise together with the moon a couple hours after sunset. The best visibility will be between 10:00 p.m. and 2:00 a.m.

Around mid-month, Jupiter and Saturn will make their closest approach to Earth in 20 years. Jupiter will appear incredibly bright on the 14th, and Saturn will look its brightest on the 20th.

July will really go out with a bang on the 28th when two meteor showers – the Alpha Capricornids and the southern Delta Aquariids – peak on the same night.