Lung-disease bacteria found in lurking in showerheads in the US • Earth.com 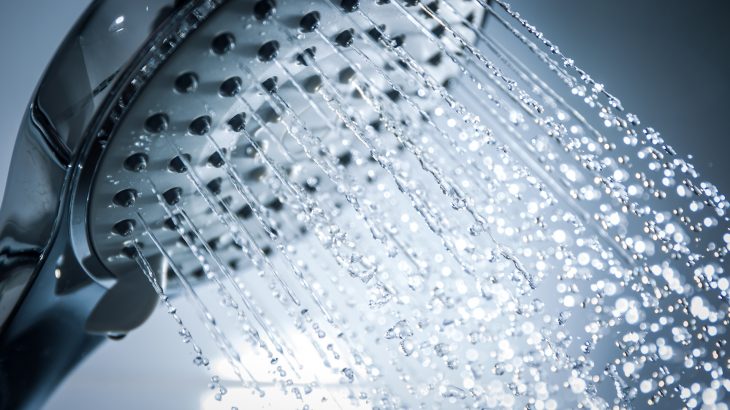 Lung-disease bacteria found in lurking in showerheads in the US

You probably don’t think about your showerhead too much, but a new study shows that showerheads in the US and Europe are covered in bacteria, some of which can cause lung disease.

Researchers from the Fierer Lab at the University of Colorado at Boulder examined swabs of bacteria from European and US showerheads.

While most of the bacteria currently thriving in the damp and warm environment of your bathroom are harmless, certain species of mycobacteria can cause non-tuberculous lung infections.

“There is a fascinating microbial world thriving in your showerhead, and you can be exposed every time you shower,” Noah Fierer, an author of the study told the Daily Mail. “Most of those microbes are harmless, but a few are not, and this kind of research is helping us understand how our own actions-from the kinds of water treatment systems we use to the materials in our plumbing-can change the makeup of those microbial communities.”

The researchers found that mycobacteria were more prevalent in the US compared to Europe and this was connected to water treatment systems and municipal tap water use.

According to the Environmental Protection Agency, mycobacteria are rod-shaped and thrive in moist environments because of their thick, waxy, outer coating.

For the study, the researchers analyzed swabs from 656 showerheads in the US and 13 countries in Europe.

The researchers sequenced the DNA of the different bacteria and identified the species and prevalence of the bacteria.

Once the harmful mycobacteria were found, the researchers created a map to find any localized concentrations of mycobacteria and identified hot spots in Southern California, Florida, and New York.

Because the mycobacteria were more prevalent in the US, the researchers theorize that their abundance is linked to the use of municipal tap water versus well water.

The kind of showerhead, the amount of chlorine in the water, and the other types of bacteria present all factored into the levels of mycobacteria found on the showerheads.

The study was published in the journal mBio, and the researchers next plan to investigate the hot spots further and identify any driving factors.