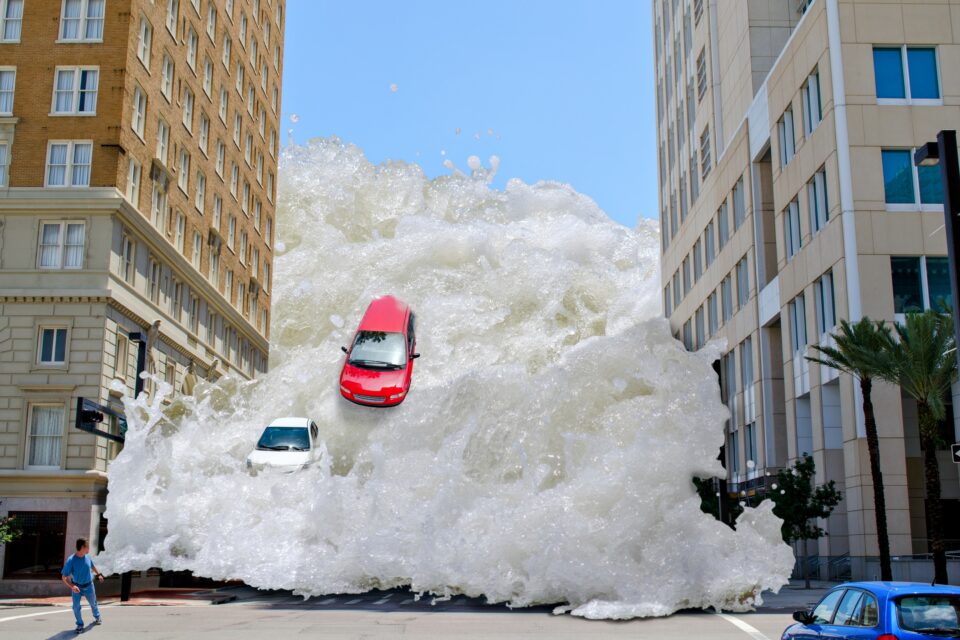 Tsunamis are giant waves that are produced by explosive underwater activity, such as earthquakes and volcanic eruptions. While there are some detection techniques that can warn of tsunamis as they develop, a new study from Cardiff University is focused on identifying methods that could lead to earlier detection.

“Tsunamis have a devastating impact on communities. Developing accurate methods to detect them quickly is key to saving lives,” said Dr. Usama Kadri, an expert in Cardiff University’s School of Mathematics.

The researchers analyzed deep sound recordings in the wake of 201 earthquakes in the Pacific and Indian oceans. Earthquakes usually trigger tsunamis when tectonic plates move vertically rather than horizontally, replacing large volumes of water and causing tsunami waves. This unique movement in turn creates unique sounds, and sound can be used to pinpoint the location of such earthquakes.

Bernabe Gomez, a PhD student on the research team, used this data to train artificial intelligence to alert the scientists when a vertical earthquake has happened and predict a tsunami quickly.

“Our findings show we are able to classify the type of earthquake and retrieve its main properties from acoustic signals, in near real time. These methods will complement existing technology for real-time tsunami analysis and provide another tool for experts working to detect them,” said Dr. Kadri.

“This work is an integral part of a larger project for creating a more reliable early tsunami warning system.”

Dr. Kadri elaborated on the study, emphasizing that the research is a step toward even better technical mastery of tsunami prediction.

“Tectonic movements are very complicated, with horizontal and vertical elements. Some earthquakes have higher capability to generate tsunamis than others,” explained Dr. Kadri.

“Employing digital signal processing techniques, we can analyse sound recordings of underwater earthquakes, that train artificial intelligence (AI) algorithms to classify the type of earthquake and its moment magnitude. This is a significant step for a reliable early tsunami warning system since the type of earthquake can dictate if a tsunami will be generated at all.”