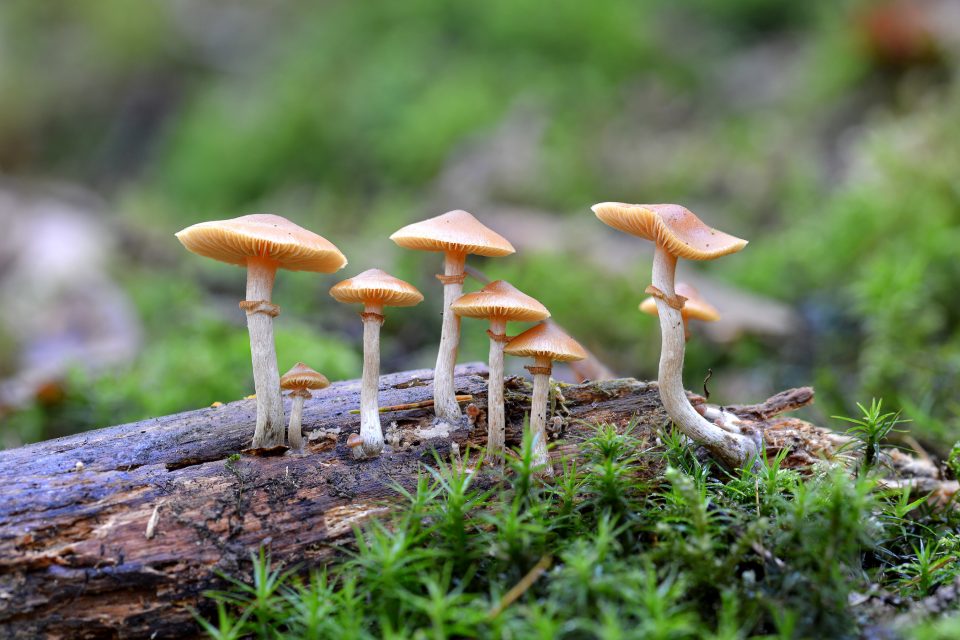 Medicinal benefits of magic mushrooms emphasized ahead of Denver vote

Magic mushrooms are nearing their day in court for Denver, Colorado. A major grassroots movement to legalize the psychedelic has successfully put decriminalization on the ballot and residents will cast their vote in May of this year.

But contrary to popular belief, Denver won’t be the first place in the United States to decriminalize magic mushrooms. In 2005, New Mexico voted that you could grow them and even eat them, but you can’t possess dried mushrooms in the state.

If Denver votes to decriminalize, it could be a monumental step forward in making psilocybin, the psychedelic component in magic mushrooms, more accessible as a treatment for a range of mental disorders and diseases.

Already, significant strides are being made in easing the drug’s classification from a Schedule 1 to something less restrictive, which could help medical health professionals treat the patients they think would benefit most from psilocybin.

For some patients, magic mushrooms provide relief for diseases and disorders that have proven resistant to traditional treatments. As we have reported, research has found that mushrooms can help alleviate symptoms of depression and a 2017 survey showed mushrooms are the safest recreational drug to take.

According to the Drug Enforcement Administration (DEA), there are five categories or schedules that drugs, substances and even the chemicals used to make drugs are classified into. A drug’s classification is based on its medicinal use and the potential for the drug to be abused.

Psilocybin is considered a Schedule 1 among such other drugs as heroin and ecstasy. The DEA states that Schedule 1 drugs are not recognized for any medical use by the US government and there is a high risk of abuse and dependency with drugs in this class.

For comparison, Schedule V drugs are easily accessible and carry a low risk if used as directed such as Pepto-Bismol or Robitussin.

So what makes a magic mushroom “magic” and why is psilocybin highly illegal if treatments with it have proven successful in certain cases?

Incidentally, the term “magic mushroom” was coined in 1957 by an editor of Life Magazine when mycologist Gordon Wasson wrote an article about his experience with magic mushrooms while traveling in Mexico. The piece was called “Seeking the Magic Mushroom,” and the term took off.

There are over 100 species of mushroom that contain psilocybin, and it’s the main psychedelic component of the fungus.  Consuming magic mushrooms may result in a hallucination or a burst of euphoria.

When ingested, psilocybin breaks down into psilocin when it comes in contact with stomach acid. When psilocin makes its way to the brain, this is what drives the different sensations people experience. The drug has also been to known to influence how people perceive time.

Research published in the Journal of the Royal Society Interface in 2014 found that psilocin “hyper-connects” the brain. While scientists have long known that psilocybin binds to serotonin receptors in the brain, these researchers used fMRI imaging to show how the compound changed brain activity.

After analyzing the brain maps of participants who had taken the drug and a control group who took a placebo, the researchers saw psilocin connected regions of the brain that are not normally connected. This hyper-connectedness could be what creates the drug’s dream-like trance.

Research has also found that psilocin slows down brain activity in some areas, amplifies brain activity often only amplified during sleep and causes a state of expanded consciousness.

In this state, linear thinking and planning are near impossible, but the expanded consciousness makes out of the box thinking easy.

The psychedelic, brain changing, and even personality altering qualities of psilocin have made the drug an exciting research prospect, primarily as a potential treatment for mental health disorders like depression, anxiety, and obsessive-compulsive disorder.

However, its negative reputation and classification as a Schedule 1 have done an excellent job of stymying studies into the psychedelic. That could soon change, though, with the recent push for decriminalization and Denver’s new ballot initiative.

Meanwhile, there are also several studies in progress examining the drug’s impacts, especially when it comes to microdosing.

Microdosing involves taking a “mini” dose of psilocybin or another psychedelic that is too low to elicit the “trippy” symptoms a normal dose of shrooms or LSD would, but is still enough to yield beneficial results.

As we have reported, research has shown that microdosing can boost thinking skills, problem-solving, and creativity.

I was able to interview someone who has had great success with microdosing to get a better understanding its useful effects.

“Jim” first started microdosing to help him stay sober after rehab. He reports that the changes to his health and wellbeing were night and day.

“My anxiety vanished, I slept incredibly well every night, and because of that, my mind began operating on a heightened level I had never experienced before,” Jim said.

Jim was also working on two startups when he started microdosing and said that it helped him explore new ideas, problem solve better, and stay calm and positive.

“Stress and panic are great impediments to success…the cognitive mind doesn’t function properly in fight or flight mode,” Jim said. “I believe that mushrooms open neural pathways that would otherwise lie dormant, allowing your mind to think in abstract ways, finding solutions and gaining insights that would never come to you if you stay inside the dictated societal norms and never step outside of that box.”

When I asked Jim about the rising interest in microdosing and it’s popularity in Silicon Valley, he recommended the book Stealing Fire: How Silicon Valley, the Navy SEALs, and Maverick Scientists Are Revolutionizing the Way We Live and Work by Jamie Wheal and Steven Kotler.

“Microdosing is responsible for 90% of the technology that you use on a daily basis. The iPhone, Google, artificial intelligence, just to name a few,” Jim explained. “I don’t think those revolutionaries meant for these stories to come to light and become examples for why these substances should be legalized, but it’s hard to dispute the results of their experimentation.”

The potential of psilocybin and magic mushrooms as revolutionary treatments for treatment-resistant depression, pain, and end-of-life anxiety for terminal patients is obvious as more and more research is proving its positive effects.

Kevin Matthews, the campaign director for Decriminalize Denver, told Wired that he has heard numerous accounts of how magic mushrooms benefitted Denver residents.

While there are some concerns that decriminalization will lead to a monopolization of the drug by major drug companies, the reality is that you can’t patent psilocybin because it’s found in nature and anyone can cultivate their own magic mushrooms.

The question remains though, will growing your own mushrooms and using psilocybin as a treatment be legal and widely accessible in this lifetime?

If Denver decriminalizes magic mushrooms, it may very well motivate other cities across the U.S. to explore the benefits of the naturally occurring plant, much in the way we’ve seen the acceptance of medicinal marijuana grow substantially over the past decade.