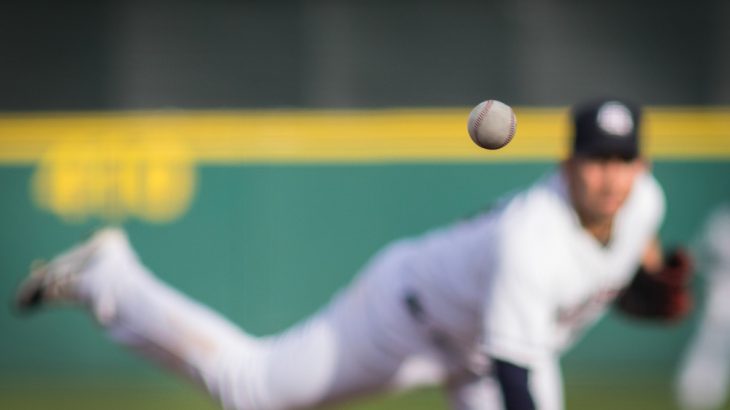 The secret to throwing a blistering fastball is all in the twist, according to a new study on the Magnus effect.

Dr. Barton Smith of Utah State University – a mechanical and aerospace engineer who has long been a fan of America’s pastime – joined with doctoral student Nazmus Sakib in studying the fluid dynamics of baseball.

The pair found that a fastball with an unexpected twist can make or break a game for a team. They also found that the way some pitches are explained are “flat-out wrong,” Smith said in a press release.

The key is a combination of a baseball’s asymmetry and something called the Magnus effect. Baseballs are not symmetrical due to the stitching that holds them together. The Magnus effect – the force on the spinning ball as it moves through the air – determines how it will move.

Together, the two variables mean that the spin a pitcher puts on a fastball can make it even harder to hit. A ball with a topspin will drop faster, while a ball with a backspin will gain a little lift, slowing but not stopping its fall, Smith and Sakib said.

They set up a pitching machine to deliver fastball after fastball through smoke. Laser sensors controlled a series of automatic photographs to capture images of both ball and smoke. Then, using particle image velocimetry, Smith and Sakib computed the field of velocity around each ball along with its rotation at several different moments. They also calculated something they called the “boundary separation layer” to find the portion of the ball’s surface where the air had separated to form its wake.

They found that a two-seam fastball has a tilted spin axis, due to one finger leaving the surface later than the other. This can cause the ball to move sideways. With a knuckleball, the point of air separation can change unexpectedly, altering the ball’s movement.

The pair hope pitchers can use what they’ve learned about the Magnus effect to up their games.

Smith and Sakib are presenting their findings at the American Physical Society’s Division of Fluid Dynamics 71st Annual Meeting, which begins today in Atlanta, Georgia and runs through Tuesday.