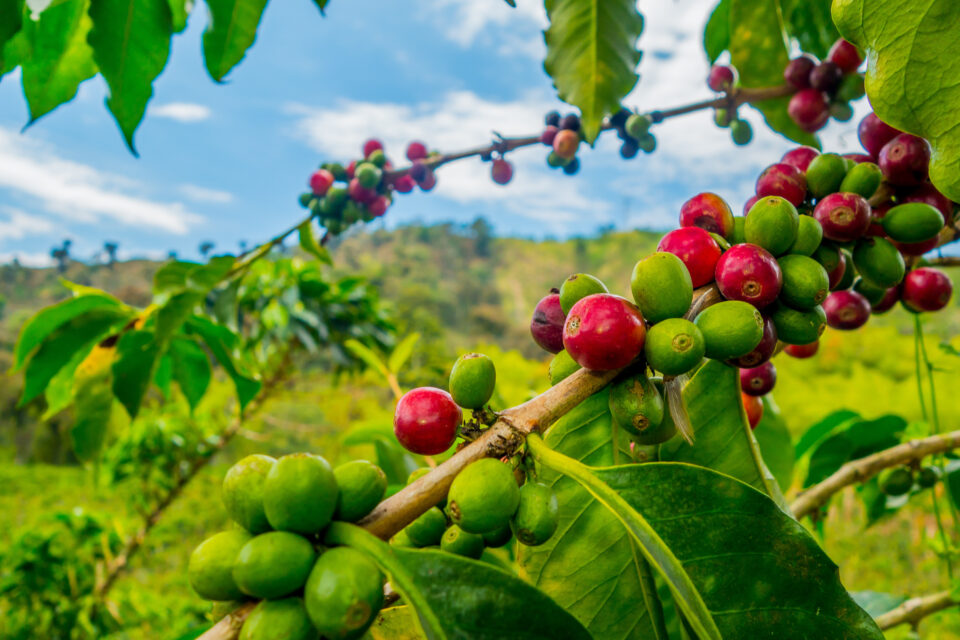 Coffee, cashew and avocado crops are of high economic importance in many tropical and subtropical areas around the world. These crops are often grown by individual farmers on small-holdings and provide much needed cash income in many poor countries. Trees that produce these crops are, however, long-lived and often take years to become mature. The effects of climate change could have devastating effects for crop farmers as the Earth warms and conditions become unsuitable in many growing regions.

A new analysis, conducted by Roman Grüter and colleagues at Zurich University of Applied Sciences, combines the predictions of 14 different climate change models. Based on three different levels of greenhouse gas emissions, the team modeled the possible impacts on crop growing regions by 2050. The analysis investigates the impacts both on a global scale and on the scale of the individual countries that are currently major producers of these crops.

Previous research has predicted that most of the current areas in which coffee arabica (the dominant coffee species) is grown will become unsuitable as climate change progresses, but there have been no studies on the possible consequences for the production of cashew nuts or avocados. These are important crops for consumers all over the world, as well as for tropical small-scale farmers, and long-term planning for the establishment of plantations of these trees is essential.

The results of previous research have predicted that by mid-century, there will be significant reductions in climate suitability across growing regions for coffee arabica. According to these studies, however, some regions in higher latitudes or at higher altitudes will benefit from increases in temperature and will become more suitable. None of these studies has taken into account the soil characteristics, such as pH, slope or soil texture, and so their identification of newly suitable areas may be overestimated.

To address this shortcoming, Grüter and colleagues incorporated these land and soil requirements for the different crops into their modeling scenarios. They considered land and soil parameters such as protected areas, areas covered by artificial surfaces, soil texture, coarse fragments, pH, organic carbon content and salinity in identifying future areas suitable for growing these crops. In addition, the climate parameters they considered in determining suitability included temperature maxima and minima, precipitation, humidity and the length of the dry season.

The findings of this analysis suggest that most areas where coffee, cashews and avocados are currently grown will become unsuitable by 2050. Coffee turns out to be the most vulnerable of the three crops to climate change because of its sensitivity to increased temperature. Suitable coffee growing areas will decrease significantly in all of the major production regions, including Brazil, Vietnam, Indonesia, and Colombia.

Cashews and avocados were predicted to be less affected by the changes associated with global warming. For cashews, highly suitable regions are predicted to decrease slightly in some major producing countries, including India, Côte d’Ivoire, and Benin. However, new suitable areas would increase by 17 percent globally, and would include regions in the USA, East Africa, southern Africa, Vietnam, China and Australia.

Both negative and positive effects of climate change were predicted for avocado production. Suitable areas for growing avocados will decline for some major producers, such as the Dominican Republic, Peru, and Indonesia. The parameters most important for the cultivation of this crop were the minimum temperature in the coldest month, and the amount of precipitation. As the climate warms, the minimum temperature will increase and many new areas will become suitable.

Overall, areas suitable for growing all three crops may expand at higher altitudes and latitudes, especially for cashews and avocados. Areas with greater future suitability are located in regions such as the United States, Argentina, China, and East Africa.

The authors suggest that climate change adaptation measures will be necessary in the major producing regions of all three crops. These could include breeding varieties that are tolerant of higher temperatures or changes in precipitation. In addition, farmers may have to change their management strategies or even consider planting a different crop, such as the robusta species of coffee.

The study also cautions that new policies will be required to mitigate potential consequences of moving production activities to new areas. These would need to  include policies to conserve biodiversity, prevent habitat destruction and protect ecosystem services in the new farming areas.

“The study presents the first global assessment of climate change impacts on cashew and avocado suitability,” said the researchers. “For both cashew and avocado, areas suitable for cultivation are expected to expand globally while in most main producing countries, the areas of highest suitability may decrease.”