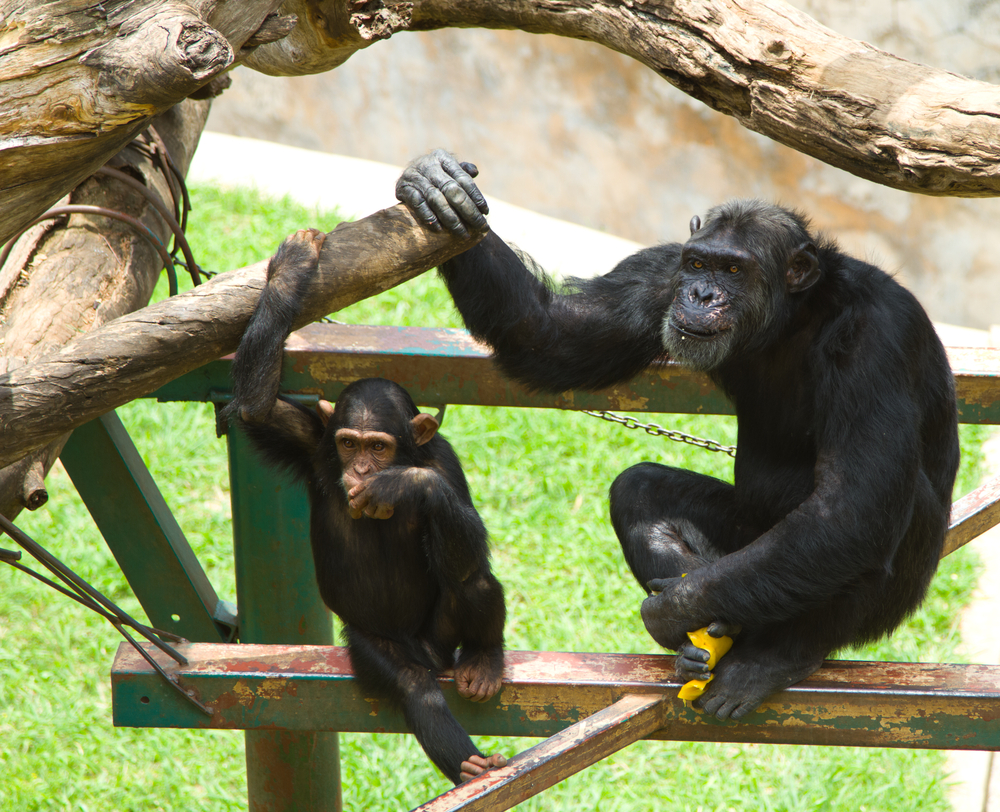 Male chimpanzees are better fathers than husbands – they’d rather hang around with their children than their lovers.

“Co-parenting” may be a fashionable term these days to describe friendly exes who raise their kids together as a team, but it turns out humans didn’t invent that move. According to new research, male chimps tend to be very invested in their offspring, despite not cultivating any kind of lasting relationship with the mother.

Until now, chimpanzees were thought to be promiscuous animals who may not even recognize their own kids. But new research shows that male chimpanzees spend time with non-mating female chimpanzees who look after their offspring. The father chimps also spend time grooming and caring for their young.

Lead author of the paper “Chimpanzee Fathers Bias Their Behavior Toward Their Offspring,” Carson Murray collected long-term data from Gombe Stream National Park in Tanzania and examined patterns based on 17 father chimpanzees and 49 mother-infant pairs to determine if the fathers could recognize their offspring. The research showed the males associated with the mothers of their offspring in infancy and interacted with their offspring more than expected.

“As anthropologists, we want to understand what patterns could have existed early in human evolution that help explain how human behavior evolved,” said Murray. “This research suggests that males may sometimes prioritize relationships with their offspring rather than with potential mates. For a species without pair-bonds where it was assumed fathers didn’t know which infants were their own, this is an important finding.”

That male chimpanzees prioritized parenting over mating came as a surprise to many who previously assumed the primates were mostly motivated by sex. Chimpanzees are humankind’s closest living relative, so the research also contributes to the large anthropological question of why human fathers invest so much in their own offspring.