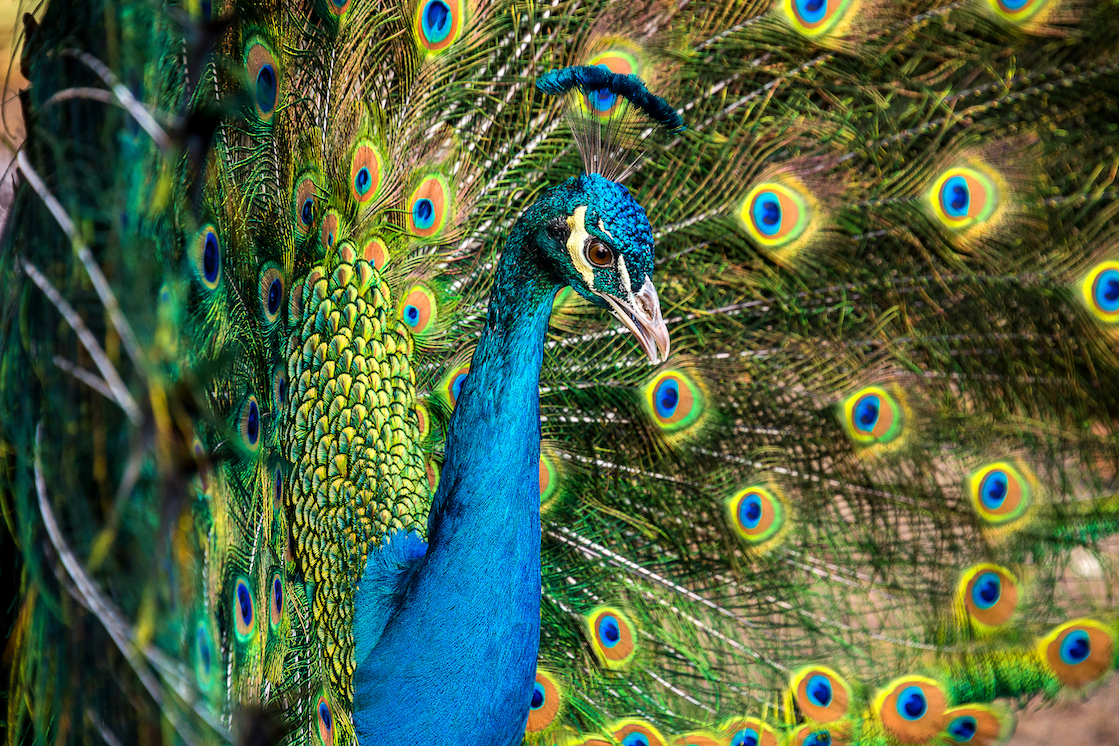 When a male peacock shakes his extravagant tail feathers, he makes sure that it is known. A new study has revealed that the broadband sounds produced by male peacocks when they are showing off to attract mates actually shake the feathers of female peacocks.

While the exact mechanism behind this mating strategy is not yet known, scientists have demonstrated that the crest of feathers on the female’s head clearly responds.

After taking the the first-ever biochemical measurements of the crest of female peacocks, the researchers found that these feathers are connected to smaller feathers which behave like sensors to trigger the response.

“When peacock wing-shaking courtship behavior was simulated in the laboratory, the resulting airflow excited measurable vibrations of crest feathers,” wrote the researchers.

“These results demonstrate that peafowl crests have mechanical properties that allow them to respond to airborne stimuli at the frequencies typical of this species’ social displays.”

In previous studies, scientists discovered that male peacocks shake their feathers at a specific resonant frequency that is not only energy efficient but also hypnotizes the females. The eye spots appear to be motionless while the large feathers vibrate at high speeds, which has a mesmerizing effect on potential mates.

For the current study, a team led by Roslyn Dakin at the University of British Columbia captured the “train-rattling” rituals of the males using high-speed video.

When they played back the sounds, they found that peacocks rattle their tail feathers at an average of 25.6 Hertz, which produces a pulsating mechanical sound. The researchers also noted that males with longer train feathers required more muscular effort because they had to shake faster.

“Charles Darwin observed that peacocks vibrate their feathers during courtship, but it took this multidisciplinary team of scientists to characterize the dynamics of this behavior,” said study co-author Suzanne Kane.

The experts believe that the “mechanosensory stimuli could complement acoustic and visual perception of social displays in peafowl and other bird species,” and propose further research to test this theory.

While this study has not yet been peer-reviewed, a preprint is available.