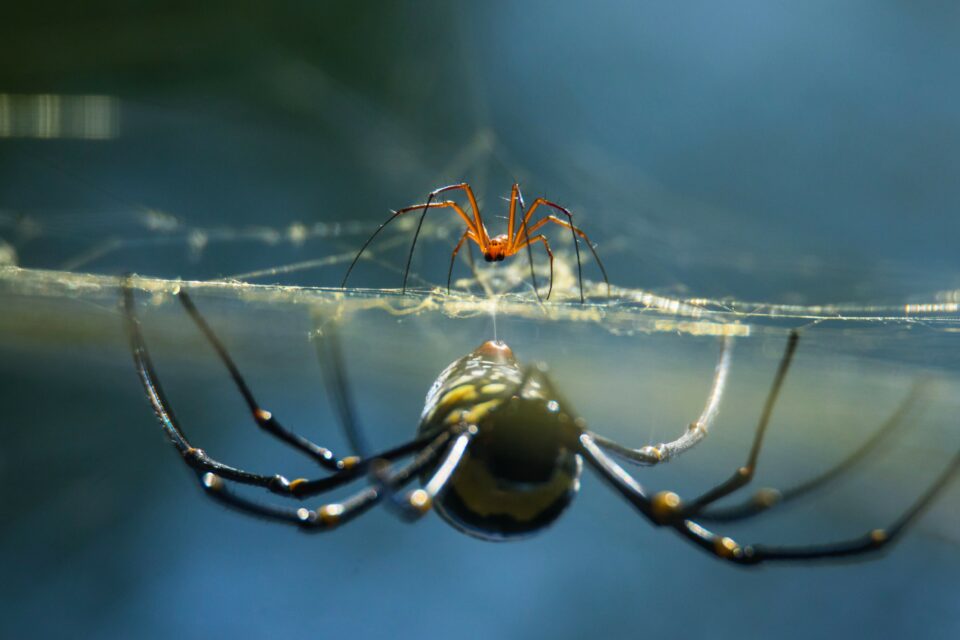 A new study from the National University of Singapore has revealed the choices that male spiders make to maximize their mating success. The males have evolved mating strategies to improve their reproductive chances, despite the risk of being cannibalized by their mates.

The researchers explored whether male spiders use cannibalism countering strategies by focusing on two mating tactics. One tactic is based on the “better charged palp” hypothesis. This theory predicts that male spiders selectively make use of their paired sexual organs, known as pedipalps or palps, which contain more sperm for their first copulation.

The other tactic, referred to as the “fast sperm transfer” hypothesis, predicts accelerated insemination when the risk of female cannibalism is high.

The experts found that male spiders choose one of the paired sexual organs with more sperm for the first copulation with a cannibalistic female. Also, a male transfers significantly more sperm if a female is cannibalistic or when the female is of a much larger physical size. These results support both predictions, providing credibility for the male mating syndrome.

“This study sheds light on how male mating syndrome relates to the levels of sexual cannibalism and suggests that evolutionary arms races do take place, and that animal biology and diversity are importantly shaped by sexual conflict,” said Professor Daiqin Li, who led the research.

The experts are planning future studies to better understand the rationale behind male palp choice.

“The large diversity of extant spiders globally indicates that these findings may not apply to all sexually dimorphic and cannibalistic spiders,” said Professor Li. “Due to sexual selection, the palpal anatomy can undergo rapid changes, such that mechanisms behind sperm transfer of various species may differ.”