Mangrove forests in the Everglades store carbon worth billions of dollars • Earth.com 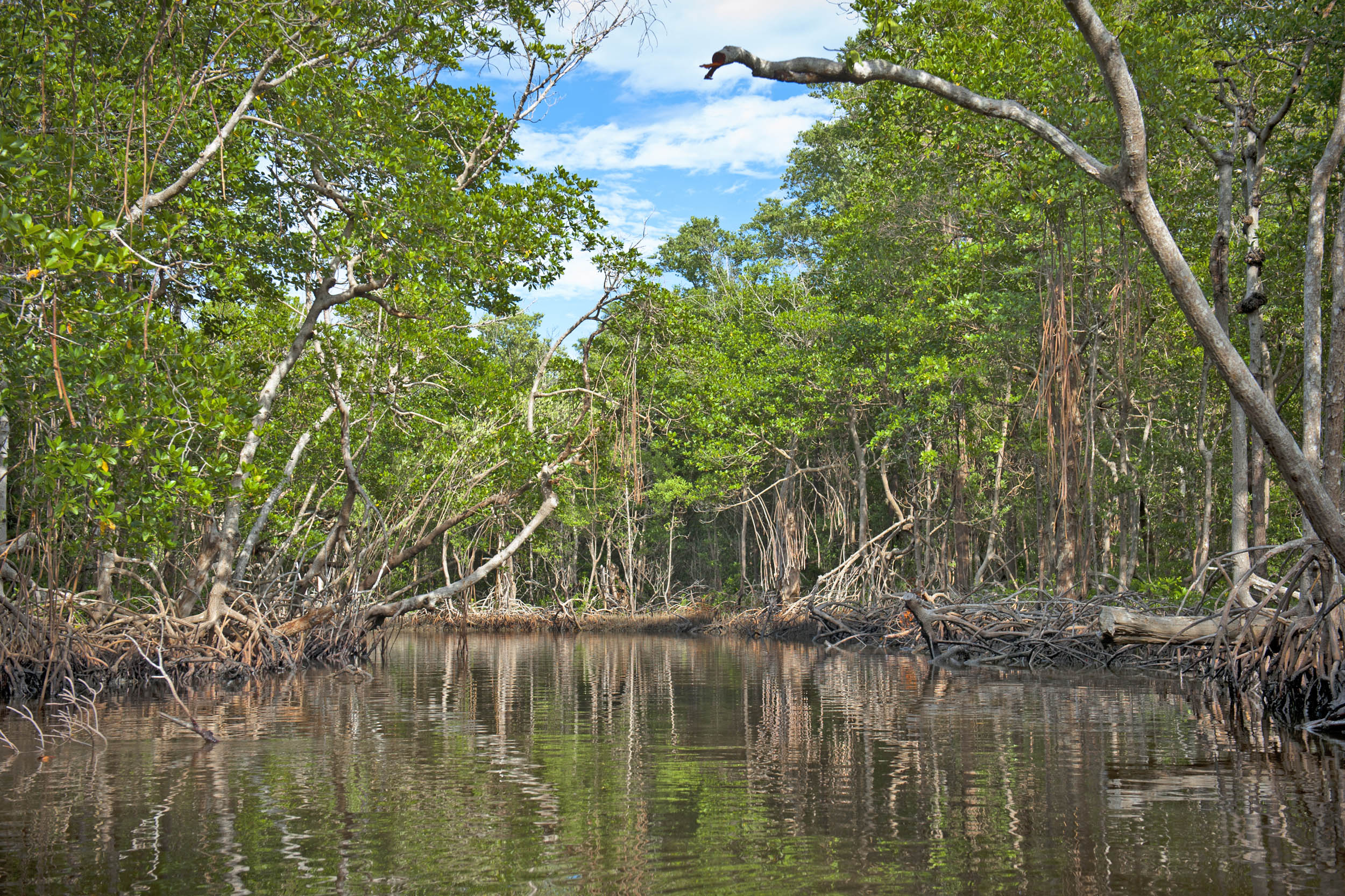 Mangrove forests in the Everglades store carbon worth billions of dollars

When it comes to carbon storage, scientists have put a price tag on the value of mangrove forests in South Florida’s Everglades — and it’s in the billions.

Mangrove forests absorb carbon dioxide, and much of that carbon remains trapped in the trees’ biomass. Based on a scientific cost estimate, the stored carbon is worth between U.S. $2 billion and $3.4 billion. The billion-dollar price tag reflects the cost of restoring freshwater flow to areas that need it most, preserving the Everglades’ mangroves.

That’s a relatively small price when considering the cost to society if, rather than being stored, the carbon were released into the atmosphere, according to researchers at Florida International University (FIU).

Their results are published in the journal Environmental Science and Policy. The study was funded by the National Science Foundation’s (NSF) Water, Sustainability and Climate Program and the NSF Florida Coastal Everglades Long-Term Ecological Research (LTER) site.

“If there isn’t enough freshwater flowing through the Everglades, we may eventually lose some of the mangroves,” said Mahadev Bhat, a scientist at FIU and co-author of the journal paper. “Once you let stored carbon out, that same carbon can lead to increased global warming and cost society a lot more.”

In addition to removing excess carbon dioxide from the air, mangroves provide other benefits, including flood control, storm protection and good water quality.

“This finding is an excellent example of how research at long-term ecological research sites can inform management and policy decisions and help in making wise choices, in this case, how to mitigate the effects of increasing carbon dioxide in the atmosphere,” said David Garrison, LTER program director in NSF’s Division of Ocean Sciences.

The mangrove forests of the Everglades are the largest in the continental United States. Although protected, Everglades mangroves are affected by sea level rise, hurricanes, alterations in water flow and other changes.

“While our understanding of the Everglades is strengthened by this study, we need to remember that threats to this valued resource come from both saltwater intrusion and sea level rise,” said Tom Torgersen, director of NSF’s Water Sustainability and Climate program. “Management and policy decisions need to reflect the value of the Everglades, as well as the issues facing Florida.”

According to the FIU researchers, preventing the loss of stored carbon in mangroves could become a critical component of the nation’s climate change mitigation strategies.

“Having an inventory of the stored organic carbon and its potential economic value is key to designing strategies that secure funding for conservation and research work,” said Meenakshi Jerath, lead author of the paper and a researcher at FIU’s Extreme Events Institute. “It could, more importantly, further awaken public interest in and understanding of mangroves’ socioeconomic importance.”

Added John Schade, LTER program director in NSF’s Division of Environmental Biology: “This research is a reminder of the valuable services mangroves provide, and the global benefits that can come from restoring and preserving them.”

The study was conducted in collaboration with researchers at Louisiana State University and the NASA Jet Propulsion Laboratory.