March toward extinction continued for many species in 2016 • Earth.com 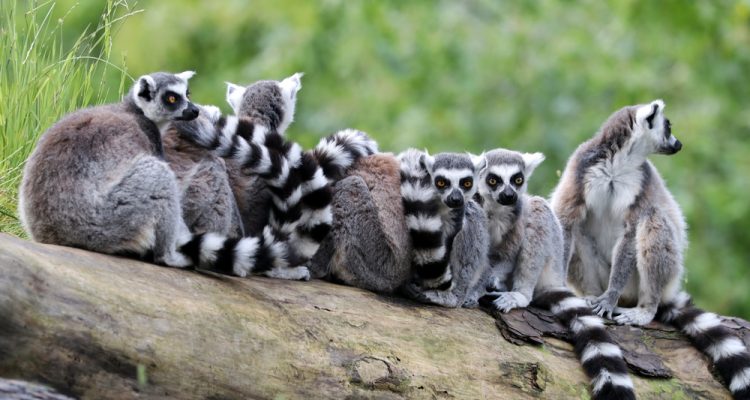 March toward extinction continued for many species in 2016

For some species, conservation efforts began paying off in 2016. For others, they weren’t enough. Endangered species around the world continued their march toward extinction in 2016, and a few disappeared forever.

The giraffe is one example. Habitat loss and isolation has landed the world’s tallest mammals on the Red List. The database of vulnerable, endangered, and extinct species is maintained by the International Union for Conservation of Nature.

Elephants have seen a decline, too. Africa lost about a third of its elephants in just seven years. Poaching has long been the main culprit behind the deaths, spurring several countries including China and the U.S. to enact or strengthen ivory bans.

Madagascar’s ring-tailed lemur also saw a huge drop in numbers. The two main factors were habitat loss and hunting, the IUCN reported. Lemurs are also popular on the illegal pet market, it said.

Illegal fishing has driven both the totoaba fish – the main target – and the vaquita porpoise – collateral damage – one step away from extinction off the coast of Mexico. IUCN lists both as “critically endangered.” Though the totoaba’s numbers are unknown, the IUCN believes no more than 60 vaquitas are left in the wild.

Other endangered animals that continued to bleed numbers in 2016 include African rhinos, the Ploughshare tortoise, orangutans, leopards, and red wolves.

Meanwhile, Toughie the frog died, triggering the complete extinction of the Rabbs’ tree frog. Toughie had been the last of his kind for some time.

The Bramble Cay melomys, a unique rodent species that lived only on the tiny island off the coast of Queensland, Australia, also went extinct. High tides and storm surges brought by rising oceans has wiped out the reef island’s vegetation, and flooded it repeatedly.

The Addax antelope, with just three members left in the wild, may follow in the next few years.

Though conservationists are taking steps to slow the march toward extinction, in some cases human industry has taken precedence. In Aceh, Indonesia, the government ruled against conservationists fighting to protect the last intact forest in the world that houses orangutans, tigers, rhinos, and elephants. Plans for the forest: tearing it down to replace it with palm oil plantations.

Still, the news isn’t all bad. New tech solutions are emerging to combat illegal fishing worldwide. Nepal had its second year in a row without rhino poaching. Thailand shuttered its infamous Tiger Temple, and an international agreement to ban the endangered pangolin trade is moving ahead.