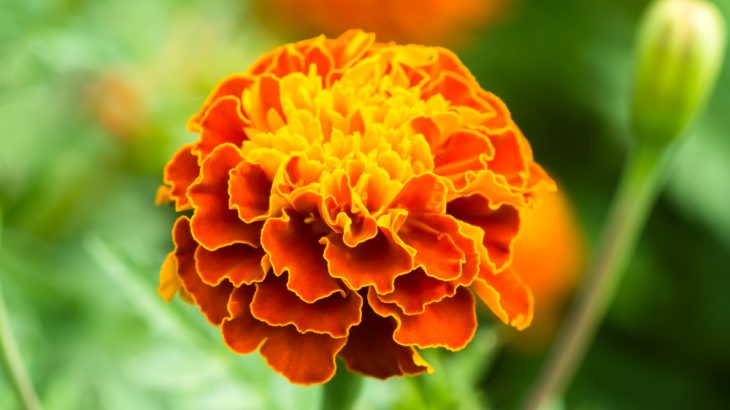 Gardeners know that tomatoes and marigolds are good friends, with the bright flowers protecting against a variety of hungry bugs. Now, scientists have discovered how marigolds stave off one common tomato pest – whiteflies.

“We spoke to many gardeners who knew marigolds were effective in protecting tomatoes against whiteflies, but it has never been tested scientifically,” doctoral student Niall Conboy, who co-led the study, said in a press release.

Conboy and fellow scientists from Newcastle University narrowed it down to the chemical limonene, which is released by marigolds. The smell repels the common tomato pest.

They performed two trials. The first, which used French marigolds, determined that the marigold trick really did repel whiteflies and wasn’t just an old wives’ tale. The second analyzed the chemicals and gases released by marigolds, allowing them to pinpoint limonene as the key repellent.

In the course of the study, they also found that other limonene-containing plants can repel the common tomato pest, not just marigolds.

“This is exciting because limonene is inexpensive, it’s not harmful and it’s a lot less risky to use than pesticides, particularly when you don’t apply it to the crop and it is only a weak scent in the air,” Conboy said.

The discovery could lead to new innovations in pest control. The common tomato pest isn’t killed by limonene; it just doesn’t like the smell. Using the chemical is unlikely to lead to resistance in the bugs, the researchers said. It could also be much safer for the tomatoes – and the workers who pick them and families who eat them – as well as beneficial or neutral species that live around them.

“Most pesticides are sprayed onto the crops,” Conboy said. “This doesn’t only kill the pest that is targeted, it kills absolutely everything, including the natural enemies of the pest.”

Limonene isn’t just found in marigolds. It makes up around 90 percent of the oil in citrus peels and can be found in common household products like mosquito repellent.

Repelling the common tomato pest and other limonene-hating insects with marigolds is also bee-friendly. It doesn’t harm them as pesticides can, plus it offers a food source for the pollinators.

“Any alternative methods of whitefly control that can reduce pesticide use and introduce greater plant and animal diversity into agricultural and horticultural systems should be welcomed,” said Dr. Colin Tosh, who co-led the study with Conboy.

The study has been published in the journal PLOS ONE.