Marine mammals recognize the sound of killer whales on the hunt • Earth.com 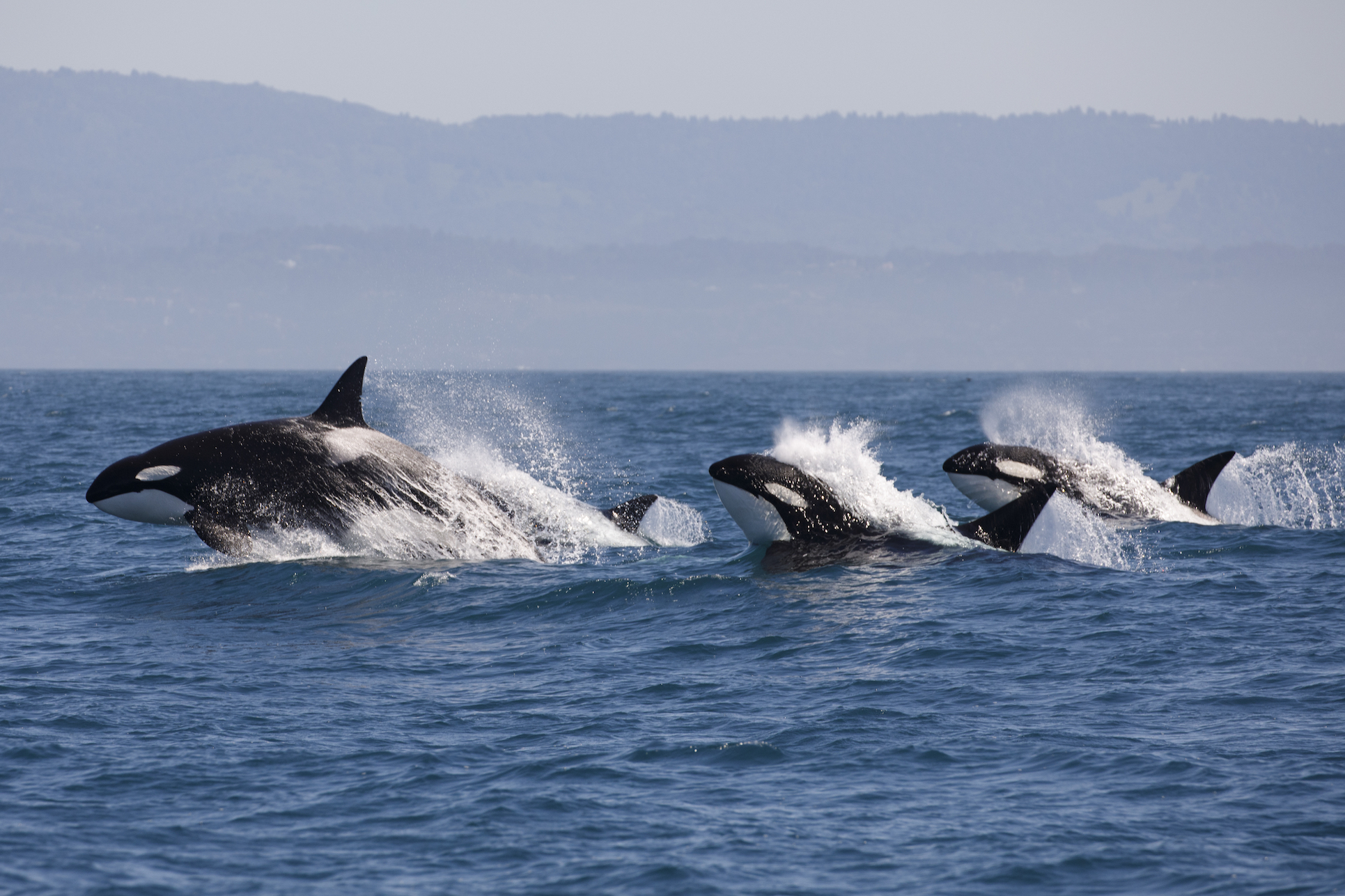 Marine mammals recognize the sound of killer whales on the hunt

Marine mammals may be able to sense when a killer whale is on the hunt simply by hearing its calls, a new study has found.

Killer whales are one of the ocean’s more formidable predators and part of what makes orcas so dangerous are the stealthy hunting tactics orca pods use to kill seals and other whales.

Some killer whales though have been known to leave mammals alone and instead eat only fish.

Researchers from Duke University set out to see if marine mammals that are prey to killer whales can distinguish the calls of predatory orcas from other orcas and whales that pose no risk.

The study was published in the Journal of Experimental Biology and involved pilot whales and Risso’s dolphins.

The results show that orca calls sometimes take on the similar characteristics of a human scream, and these particular calls alert nearby prey and cause dolphins to flea. However, other less threatening mammal calls do not provoke this response.

While observing the pods, the researchers played recordings of killer whales, social calls from pilot whales, and other sounds from dolphins and humpback whales and recorded each pods response to the different calls.

For most of the sounds, both the pilot whales and Risso’s dolphins were unphased and didn’t respond to the calls, including the non-threatening killer whale calls.

However, when the researcher played the killer whale “scream,”  the dolphins quickly clustered together and fled in the opposite direction of the predatory call. The pilot whales, upon hearing the aggressive orca call, grouped together and headed toward the sound.

“It was crazy to see a group of animals respond so strongly to something you’re doing,” said  Matthew Bowers, a member of the research team. “The strong and differential responses to this subset of killer whale calls was eye-opening.”

The way that the pilot whales and dolphins responded to the distressing killer whale calls, as opposed to the calls from other mammals, suggest that a species can interpret specific calls and understand if they are in danger of being hunted.