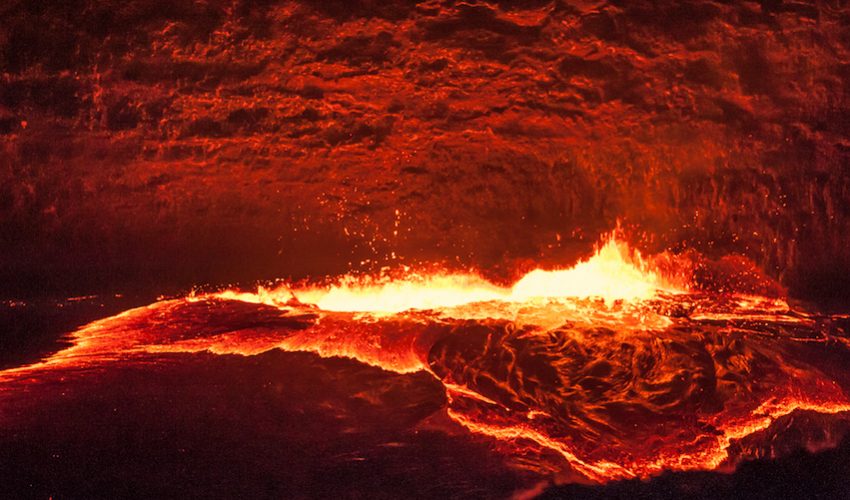 Researchers from the University of Edinburgh have located almost 100 previously undiscovered volcanoes in Antarctica. The experts analyzed ice-penetrating radar data to measure the volcanic range, which varies in height from 100 to 3,850 meters.

The massive volcanic region, found in an area known as the West Antarctic Rift System, may be the largest on Earth. Experts say it is comparable to the densest known concentration of volcanic peaks in East Africa.

The study was proposed by Max Van Wyk de Vries, a third-year undergraduate student at the University of Edinburgh’s School of GeoSciences.

“Antarctica remains among the least studied areas of the globe, and as a young scientist I was excited to learn about something new and not well understood,” said Van Wyk de Vries. “After examining existing data on West Antarctica, I began discovering traces of volcanism. Naturally I looked into it further, which led to this discovery of almost 100 volcanoes under the ice sheet.”

The research team remotely searched for hidden peaks of basalt rock underneath the ice sheet. They were able to examine the shape of the land below the ice using information from ice-penetrating radar. These measurements were compared with data from aerial surveys and satellite records.

The scientists found 91 peaks spanning 3,500 kilometers from Antarctica’s Ross Ice Shelf to the Antarctic Peninsula. The highest peak of the range is as tall as Eiger, an iconic mountain in Switzerland.

The findings of this unprecedented study will help scientists understand how volcanoes can impact long-term changes in Antarctica’s ice sheet. Researchers may also gain more insight into how the continent has fluctuated during past climate changes.

The research, published in the Geological Society Special Publications series, does not indicate whether the volcanoes are active but suggests that seismic monitoring may be necessary in the region. Scientists say that the disappearance of Antarctica’s ice may be a precursor to more frequent volcanic activity, which can result from warming temperatures.

Dr. Robert Bingham is a professor at the University of Edinburgh’s School of GeoSciences.

“It is fascinating to uncover an extensive range of volcanoes in this relatively unexplored continent,” said Dr. Bingham. “Better understanding of volcanic activity could shed light on their impact on Antarctica’s ice in the past, present and future, and on other rift systems around the world.”