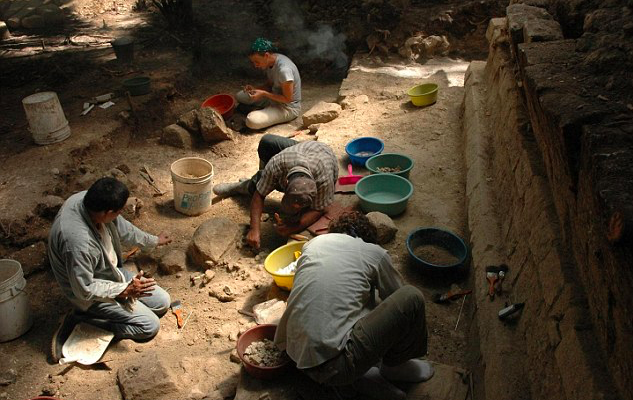 But now, a team of researchers from the University of Arizona have used radiocarbon dating to find out why the Mayan civilization collapsed twice. According to their findings, published in the journal Proceedings of the National Academy of Sciences, both periods underwent similar trajectories of warfare and social instability.

“What we found out is that those two cases of collapse (Classic and Preclassic) follow similar patterns,’ said Takeshi Inomata, lead author of the study. “It’s not just a simple collapse, but there are waves of collapse.”

“First, there are smaller waves, tied to warfare and some political instability, then comes the major collapse, in which many centers got abandoned.Then there was some recovery in some places, then another collapse.”

Radiocarbon dating from archaeological excavation sites has allowed the researchers to track the chronology of each event. The data revealed similar patterns of population size and construction increasing and decreasing.

“It’s really, really interesting that these collapses both look very similar, at very different time periods,” said Melissa Burham, co-author of the study. “We now have a good understanding of what the processes looked like, that potentially can serve as a template for other people to try to see if they have a similar pattern at their (archaeological) sites in the same area.”

“Radiocarbon dating has been used for a long time, but now we’re getting to an interesting period because it’s getting more and more precise,” added Inomata. “We’re getting to the point where we can get to the interesting social patterns because the chronology is refined enough, and the dating is precise enough.”