A shift away from meat consumption will help fight climate change • Earth.com 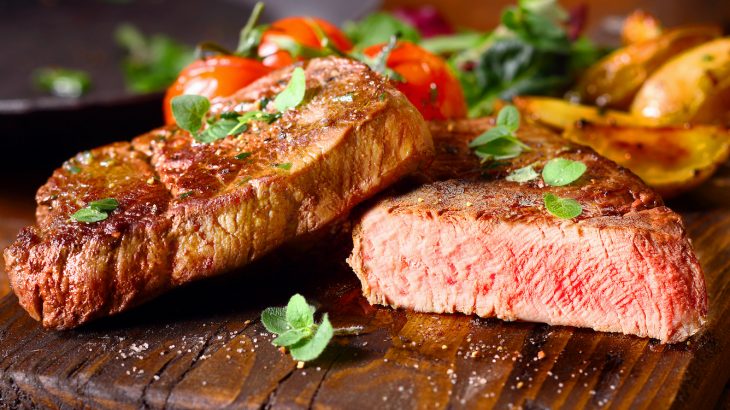 A new study estimates that the livestock sector could use up almost half of the total greenhouse gas emissions budget by the year 2030, which means that addressing the issue should be a big part of climate mitigation strategies. Dr. Helen Harwatt, who is a farmed animal law and policy fellow at Harvard Law School, explained that a transition to dietary protein from plant sources instead of animal sources could drastically help to limit global warming.

According to Dr. Harwatt, switching from animal to plant proteins could also potentially feed an additional 350 million people in the United States alone. She has developed a three-step strategy to gradually replace animal proteins with plant-sourced proteins.

The proposed strategy starts with acknowledging the fact that livestock numbers have hit their peak and must decline. Next, targets must be set to transition away from livestock products. Dr. Harwatt recommends a “worst-first” approach, by first eliminating foods linked with the highest greenhouse gas emissions such as beef, cow’s milk, and then pig meat.

Finally, suitable alternatives to animal-sourced protein must be identified using a “best available food” approach, which means taking into account the land use and emissions associated with potential replacements.

Currently, the global livestock population is around 28 billion animals, and this industry has become the biggest source of two major greenhouse gases – methane and nitrous oxide. Methane emissions from the livestock sector are projected to rise by 60 percent over the next decade.

“Given the livestock sector’s significant contribution to global greenhouse gas emissions and methane dominance, animal to plant protein shifts make a much-needed contribution to meeting the Paris temperature goals and reducing warming in the short term, while providing a suite of co-benefits,” said Dr. Harwatt.

“Failure to implement animal to plant protein shifts increases the risk of exceeding temperature goals and requires additional, and unrealistic, greenhouse gas reductions from other sectors. The current revision of national contributions to meeting the Paris Agreement from 2020 onwards should ideally integrate animal to plant-protein shifts. As a next step, the COP24 in December this year provides an excellent opportunity for policy makers to start this important conversation.”

The study is published in the journal Climate Policy.