Melting ice from 18,000 years ago may still cause Alps to grow • Earth.com 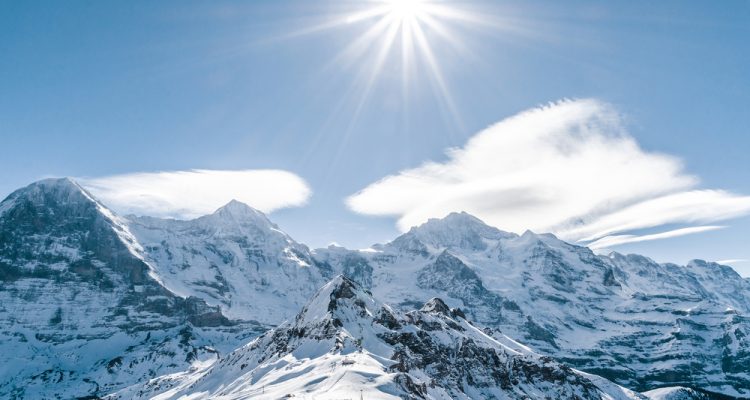 Melting ice from 18,000 years ago may still cause Alps to grow

The Alps are growing at a rate of one to two millimeters every year, and it could be the due to the effects of melting ice – from 18,000 years ago.

During the Last Glacial Maximum, massive glaciers covered much of northern Europe, particularly Scandinavia, along with North America, and put heavy pressure on the Earth’s surface in those regions.

About 18,000 years ago, the melting ice ran off, and the surface of the Earth is still reacting to the sudden loss of pressure, according to scientists.

The Earth’s surface is made up of several massive tectonic plates that slide under, over and alongside each other. Mountains often form in areas of uplift, where two plates meet and push against each other. Ranges can also form in areas with high volcanic activity.

But in some cases, portions of the Earth’s crust can rise for other reasons. Scientists believe that one of those reasons is “crustal rebound” caused by the sudden removal of glacial pressure. This rebound effect has been seen even in areas of Scandinavia and North America that are not tectonically active, but that were once covered in glacial ice.

While the Alps were not under glaciers as massive as those to the north, a large ice cap on the range may have had a similar effect, a new study has found. It stretched from the peaks of the range down into the Alpine foreland in what is now southern Germany. And, like the glaciers, it retreated suddenly 18,000 years ago in what was possibly a period of climate change.

This may be the cause of the Alps’ growth, according to researchers from the Geoforschungszentrum Potsdam in Germany.

Although the Alps are located in a tectonically active region, crustal rebound could explain as much as 90 percent of the mountains’ growth, the scientists said. Other possible causes of the uplift included sediment unloading, lithospheric slab dynamics, or a combination of factors.