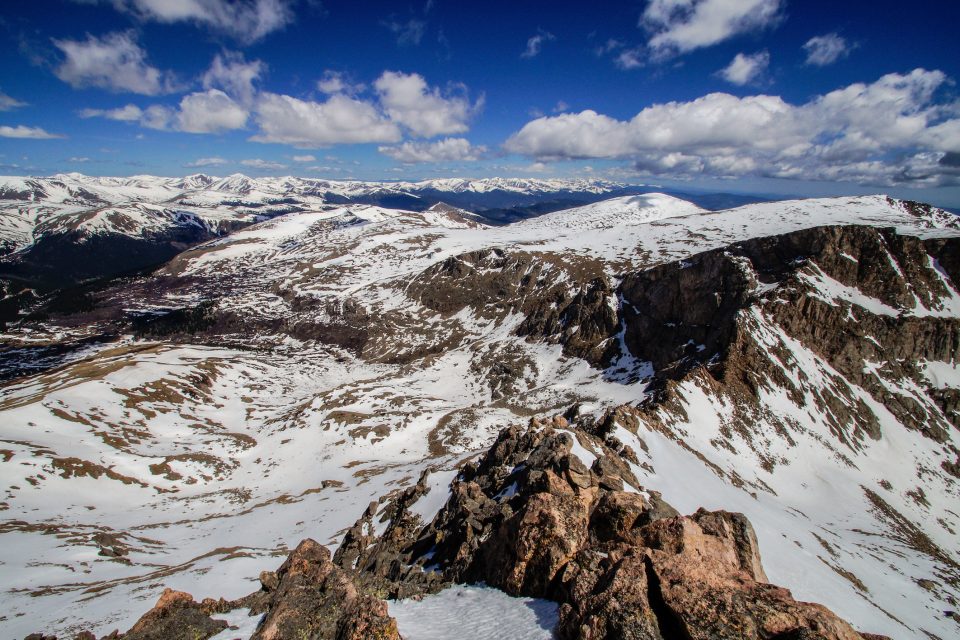 Melting permafrost at high altitudes releases more CO2 than it captures. A new study from the University of Colorado at Boulder suggests that thawing permafrost in high altitudes is making a greater contribution to CO2 emissions than what was previously realized. The researchers determined that alpine tundra in Colorado’s Front Range releases more carbon than it captures, which could ultimately promote both further warming and a subsequent increase in CO2 emissions.

This type of feedback loop has already been documented in the Arctic, where melting permafrost is exposing frozen tundra soil and releasing carbon dioxide that has been stored in it for centuries.

Study lead author John Knowles is a researcher at the Institute of Arctic and Alpine Research (INSTAAR).

“We wondered if the same thing could be happening in alpine terrain,” said Knowles. “This study is a strong indication that that is indeed the case.”

To investigate, the researchers measured the surface-to-air CO2 transfer for seven consecutive years at the Niwot Ridge Long Term Ecological Research (LTER) site in Colorado. This high-altitude research site is funded by the National Science Foundation and has been continuously operating for over 35 years.

The team also collected samples of CO2 from the soil and used radiocarbon dating to estimate how long the carbon had been present. The experts were surprised to find that landscapes above 11,000 feet emitted more CO2 than they captured each year. Another unexpected finding was evidence that microbial activity was high all year long, despite the conditions on the ground.

“Microbes need it to be not too cold and not too dry, they need liquid water,” said Knowles. “The surprise here is that we show winter microbial activity persisting in permafrost areas that don’t collect much insulating snowpack due to wind stripping it away.”Melting permafrost at high altitudes releases more CO2 than it captures

According to Knowles, the findings will need to be factored in to future projections of global warming.

“Until now, little was known about how alpine tundra behaved with regard to this balance, and especially how it could continue emitting CO2 year after year. But now, we have evidence that climate change or another disturbance may be liberating decades-to-centuries-old carbon from this landscape.”