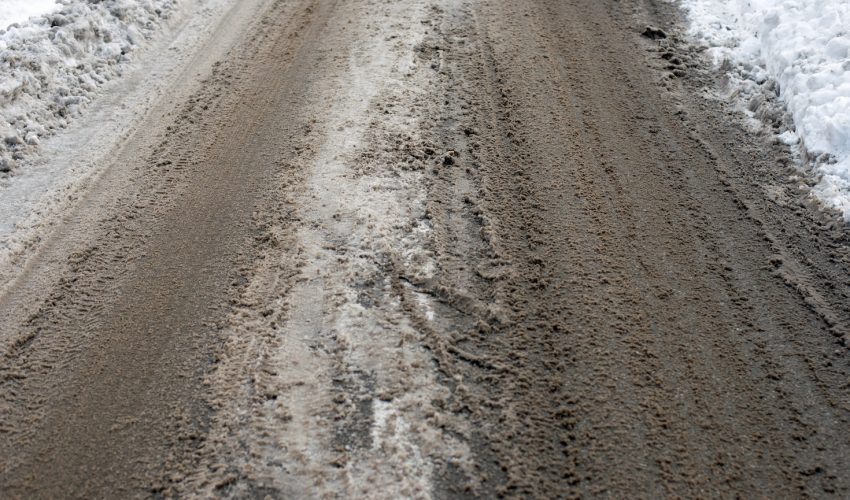 For most of us living in the colder regions of the planet, the sight of melting snow inspires a sense of relief that winter may soon be over. This is almost always followed by a rapid succession of blizzards, but soon enough the snow disappears and spring is sprung.

Unfortunately, a recent study has found that snow in urban areas accumulates a toxic mixture of pollutants from car emissions, which are then released into the environment once the snow melts.

Researchers from McGill University and École de technologie supérieure in Montreal found that snow can absorb certain “organic pollutants known to be toxic and carcinogenic,” according to Yevgen Nazarenko, a postdoctoral researcher working with Parisa Ariya – professor at McGill’s Department of Atmospheric and Ocean Sciences and Department of Chemistry.

The research team – in collaboration with Professor Patrice Seers’ team at École de technologie supérieure – analyzed how snow absorbs these pollutants from car emissions. They built a frozen glass sphere in the lab and used it to expose snow to engine exhaust in a confined environment. Their results showed that exhaust is affected differently by the cold and snow depending on the type of fuel injection used by the engine.

The scientists also discovered that snow takes up airborne particulate matter and can actually change the concentrations of different nanoparticles, which have been linked to numerous health problems. Surprisingly, they found that colder temperatures and interaction with snow increased the relative presence of smaller nanoparticles in the polluted air above the snow.

Air pollutants can undergo chemical transformations after being absorbed into snow. These transformations may create additional pollutants that have an entirely different toxicity and carcinogenicity. When the snow melts, some of these compounds may be released back into the air while others are released with meltwater.

Nazarenko worries that “These releases could lead to a higher short-term concentration of certain pollutants in the air, soil, and surface water bodies where the meltwater runs to.”

Although these findings are worrisome, it’s important to help expand our knowledge of what is affecting our environment. “Understanding how these pollutants interact with the environment, including snow, is crucial if we are to reduce the hundreds of thousands of premature deaths caused by mild air pollution in North America,” says Ariya, the senior author of the study.

Globally, air pollution is thought to claim as many as 8 million lives per year, a fact that Ariya believes only makes further research more important. Continuing studies such as this will help identify more harmful pollutants and can aid in the optimization of engines, exhaust treatment technologies, and gasoline formulations.

Hopefully, we’ll soon be able to look at melting snow with that old feeling of relief – that is until the next storm comes.

More information in this study can be found in Environmental Pollution.