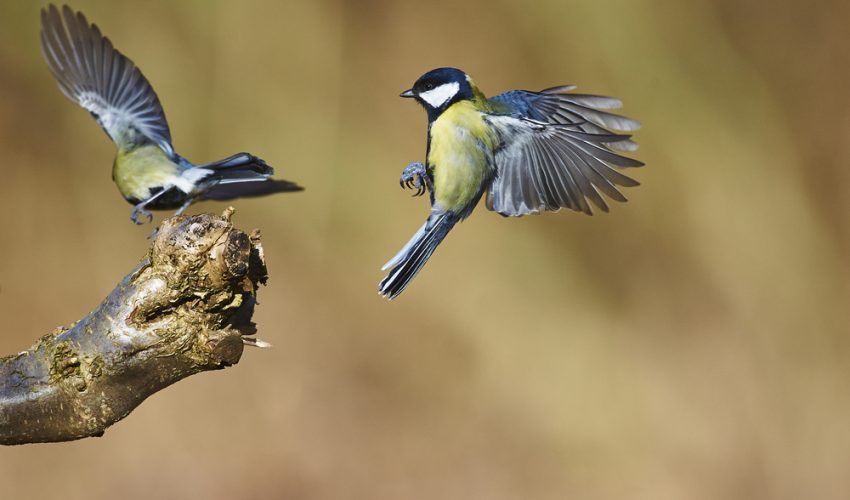 Metal pollution isn’t just a problem for humans or water-dwelling animals. Even songbirds have shown signs of harm in areas where levels of toxic metals are higher due to human activity.

While scientists have studied the physiological effects of metal poisoning on plants and animals, research into how metal exposure can affect behavior has been minimal.

Dr. Andrea Grunst of the University of Antwerp and a team of researchers set out to change that by examining how metal pollution affects the songbirds known as great tits, aka Parus major.

For the study, they compared five populations of the birds living near smelters – in areas where lead, cadmium and other metal levels have been registered in higher than normal amounts – to their fellows in less polluted areas. They found that the metal exposure seems to affect the great tits’ hormone levels, which in turn changes their personalities.

“We employed the novel environment exploration test, a proxy for variation in personality type, and also measured territorial aggressiveness and nest defense behavior,” the researchers wrote in their study, published in the journal Science of the Total Environment. “At polluted sites birds of both sexes displayed slower exploration behavior, which could reflect impaired neurological or physiological function.”

The detrimental effects metal exposure appears to have on exploration behaviors could impact the populations of great tits living near smelters. The birds that lived closest to the smelter were much less active than their counterparts, the researchers found.

The metal pollution was also found to have an effect on eggs and young birds, the scientists said.

On the plus side, the scientists found that the metal pollution did not seem to affect territorial aggression or nest defense. Both male and female great tits that felt threatened in a series of tests using taxidermied birds were still protective of their nests, the scientists discovered.

While the changes in exploration behavior are an area for concern, metal exposure doesn’t seem to affect every aspect of individual birds’ personalities, they said.