Meteor may have led to the decline of the Clovis people • Earth.com 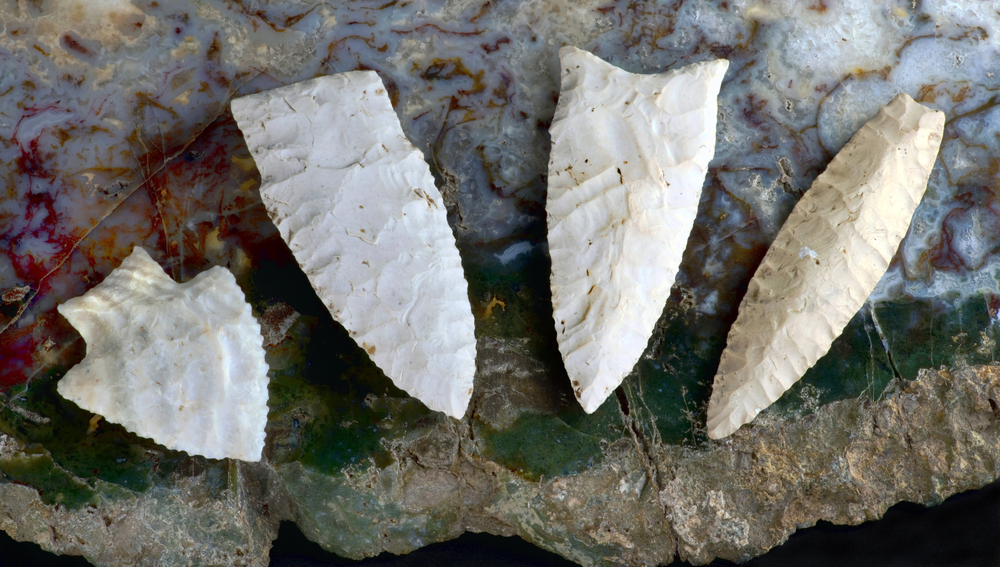 Meteor may have led to the decline of the Clovis people

About 13,200 years ago, near the end of the last Ice Age, the Clovis people arrived in North America.

These Paleo-Americans were best known for distinctive stone points – called Clovis points – along with bone and ivory tools. Genetic testing of a known Clovis burial found that modern Native American populations seem to be closely related to the Clovis people.

But the Clovis people seem to have abruptly vanished from the scene about 12,800 years ago.

Many anthropologists believe the Clovis people began manufacturing different tools as megafauna like mastodons dwindled. They point to other styles of stone points, like the Folsom culture, that pick up almost precisely where Clovis culture left off as evidence.

Now, a new study may lend support to a theory that has drawn enormous skepticism in the past: the Younger Dryas impact hypothesis.

“The Younger Dryas impact hypothesis proposed a causal link between a cosmic impact event and a) the onset of the YD climate cooling episode at ~12,800 calendar years BP, b) a peak in continental-scale biomass burning, c) extinction of more than 35 genera of North American Pleistocene megafauna, and d) the demise of the Paleoindian Clovis technocomplex,” the researchers behind the new study wrote in Scientific Reports.

The research team, led by Dr. Christopher R. Moore of the University of South Carolina, based their conclusions on the discovery of platinum at 11 different Clovis sites in North America.

Higher than normal concentrations of platinum were found at sites ranging from California to South Carolina and Georgia. The metal is found in comets, meteors and asteroids.

The platinum at the sites dates to about the same period as a large platinum deposit discovered in Greenland.

The researchers acknowledge that they have yet to find an impact site. The extraterrestrial object would have caused a much smaller impact than the one that wiped out the dinosaurs 66 million years ago, they said.

However, the platinum is the first concrete evidence that a meteor or asteroid may have played a role in the decline of the Clovis people, a theory that has been proposed before but found no real scientific support until now.

“Regardless of origin, the consistent presence of anomalous [platinum] concentrations within sediments from multiple archaeological sites across North America that date to the onset of the [Younger Dryas] Chronozone is compelling,” the researchers wrote.