Meteor explosion over the Bering Sea had the force of 10 atomic bombs • Earth.com 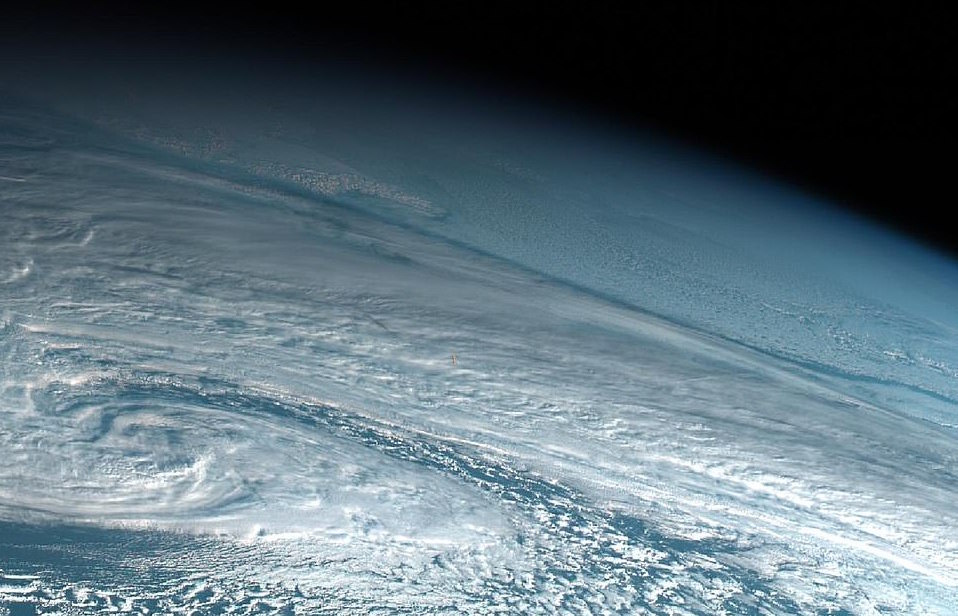 A massive meteor exploded in the Earth’s atmosphere over the Bering Sea last year, but the event has only just now been investigated. Despite releasing ten times the energy of the Hiroshima atomic bomb, the explosion went nearly undetected over this remote region between Russia and Alaska.

The event was spotted by Peter Brown, a professor in the Department of Physics and Astronomy at the University of Western Ontario. He posted his findings on Twitter, suggesting that this was the second largest meteor explosion in the last 30 years, and the largest since the Chelyabinsk fireball of 2013.

While meteor explosions occur often, large meteor events only occur several times a century. The space rock approached our planet in the middle of the day on December 18, 2018, bursting just 16 miles above the Earth’s surface.

The meteor was 30 feet wide, weighed over 1,500 tons, and was traveling at approximately 71,600 miles per hour. This means that the force behind its disintegration would have released the same amount of energy as 173 kilotons of TNT.

“That was 40 percent the energy release of Chelyabinsk, but it was over the Bering Sea so it didn’t have the same type of effect or show up in the news,” Fast told the BBC. “That’s another thing we have in our defense, there’s plenty of water on the planet.”

Incredible images show a bright orange fireball against a blue and white background. The meteorite broke up into multiple pieces as it entered the atmosphere, and scientists believe that the asteroid may have been catapulted toward the Earth after colliding with another object.
—
By Chrissy Sexton, Earth.com Staff Writer