Microplastics found inside 1 in 6 fish in the Red Sea • Earth.com 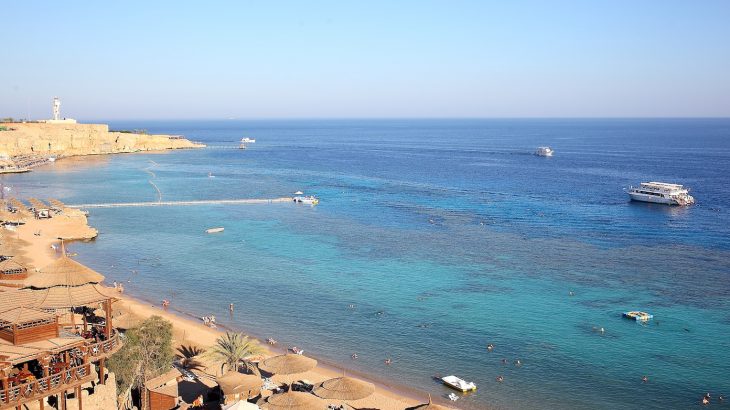 Microplastics found inside 1 in 6 fish in the Red Sea

The Red Sea was once considered the least plastic-polluted body of water in the world, which is no small given how many tons of plastic waste is produced every day.

However, researchers recently found microplastics in the guts of one in every six fish in the Red Sea, showing once again that plastic pollution truly is a global crisis.

The new Red Sea study raises alarms because many people eat fish in the region and there is concern that contaminated fish could pass on microplastics to humans that consume them.

Microplastics can come from synthetic clothing fibers, plastic to-go containers, and even plastics used as cleaning agents in bath and kitchen products.

The plastics break down and are sometimes eaten by fish which mistake the plastic for food. The plastic can then damage the fish’s intestinal tract and organs as it’s digested and the toxins contaminate the fish, which in turn can be harmful to humans who eat the fish.

Researchers from the King Abdullah University of Science and Technology in Saudi Arabia made the discovery and the results show that fish in the Red Sea are exposed to just as much plastic as other major bodies of water.

178 fish from 26 different species across four Red Sea habitats were collected by the researchers. The researchers then examined the stomach content of the fish and found microplastics in as many as one in six of the 178 fish studied.

These numbers match other microplastic statistics from different bodies of water, according to the Daily Mail.

“The major finding of this study is that microplastic pollution has reached our commercial and non-commercial fish species and might contaminate the fish we consume,” Fadiyah Baalkhuyur, a co-author of the study, told the Daily Mail.

The majority of the plastic pieces found in the fish came from synthetic fibers and other broken down plastic waste.

The next step for the researchers is working to understand how microplastics are consumed by fish in the Red Sea.