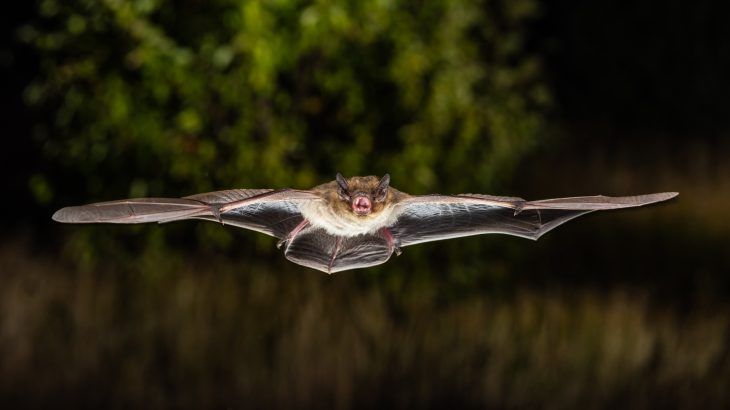 Migratory bats know just when to turn on cruise control

A study led by scientists at the Leibniz Institute for Zoo and Wildlife Research describes how migrating bats have mastered their own style of cruise control. The researchers found that the bats move at speeds which allow them to travel across long distances while using the least amount of energy.

Experts still lack a clear understanding of the energy requirements for aerial migration, particularly among bats. The Leibniz-IZW team set out to analyze the energy demands associated with the travel speeds of small migrating bats, or Nathusius’ pipistrelle.

For part of the investigation, the researchers used a wind tunnel experiment combined with measurements in a respirometry chamber. The chamber allowed the scientists to track CO2 that was released in the breath of the bats, providing a record of their metabolic rate during flight. The measurements were repeated immediately before and after one-minute flights at various speeds in the wind tunnel.

Using this information, the scientists recorded the flight metabolic rate as it  related to air speed, which helped them to identity the flight speed with the best energy to distance ratio. The study revealed that the optimal speed for these particular bats was around 16 miles per hour.

“Our study confirms that the observed flight speeds are consistent with the expectation that migratory bats practice optimal flight speeds for covering the largest distance with the least amount of energy,” wrote the researchers.

“When foraging in a dune forest, bats performed sharp turns in order to catch insects,” said study co-lead author Sara Troxell. “These tight turns require slower flight speeds and the overall speed might be reduced in anticipation of such turns.”

Christian Voigt added, “However, it is important to realize that our insights into the migratory behavior of bats are still in their infancy.”