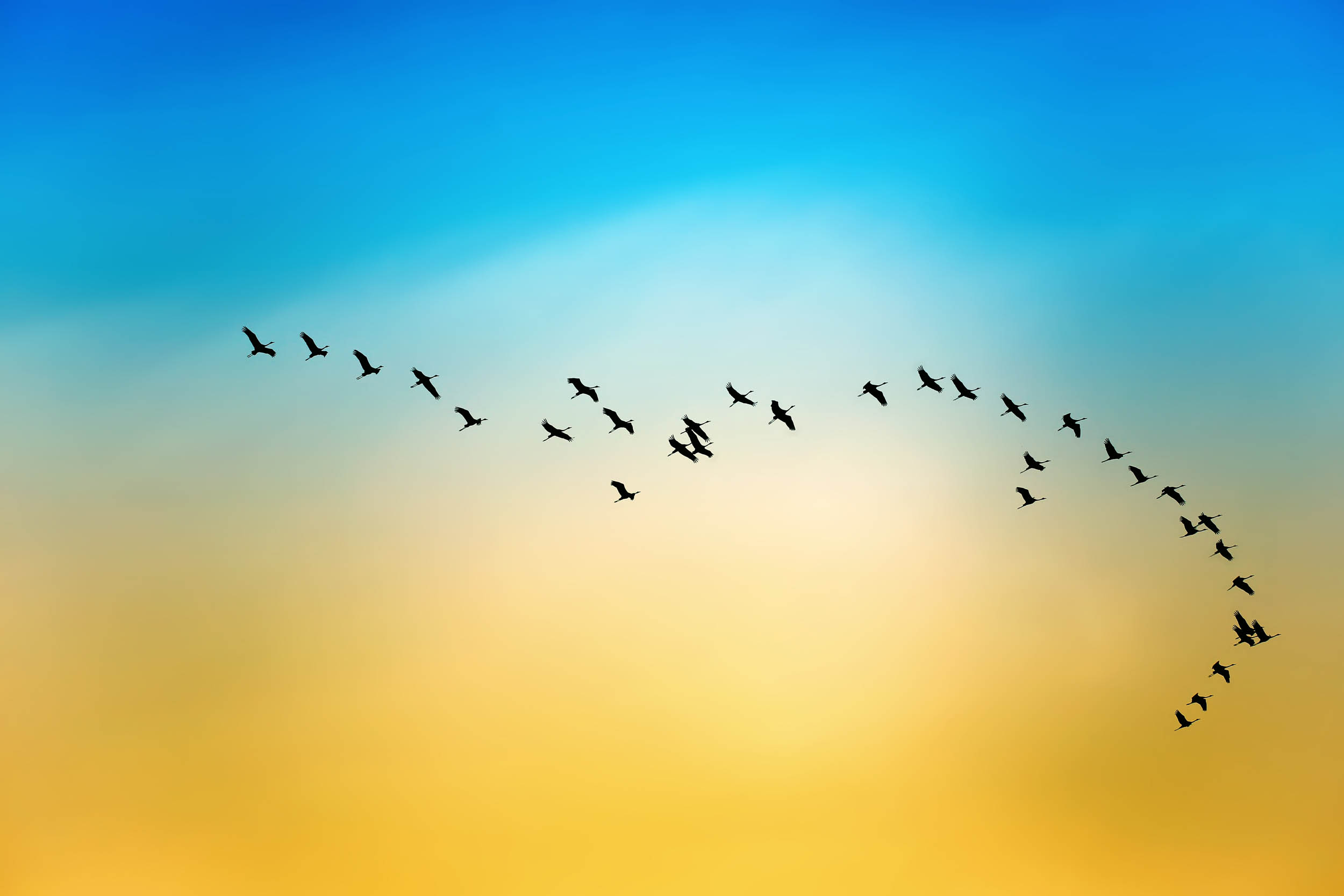 A crowd of several hundred people gathered in the growing darkness outside Chapman Elementary School in Portland, Oregon, before the first Vaux’s Swift darted into view high above.

Minutes later, thousands of the tiny birds were swooping and swirling like a cloud of pulsating black ink as they circled a tall brick chimney silhouetted by the fading light.

The humans below, watching from a patchwork of blankets and empty picnic baskets, cheered as the flock poured into the chimney all at once, like water spiraling down a drain.

The swifts’ noisy migratory stopover each fall has made this chimney famous with bird lovers as far away as Europe and is a quirky Portland tradition so embraced by locals that the school keeps the diminutive Vaux’s Swift as its mascot.

The birds can fly for about 100 miles at a time between stops as they travel from Canada to Mexico and back each year and roost in large numbers in tight, enclosed spaces because their body temperature drops at night.

But the decades-old smoke stacks they’ve adopted are getting torn down and capped off along the West Coast because of redevelopment, seismic concerns and an urban annoyance with swift poop and noisy flocks. When a chimney that’s been a major roosting site disappears, no one is sure exactly where they go.

After adapting to live alongside humans in an urban landscape, the graceful birds are being evicted once again. Now, a movement has taken flight to build concrete towers to replace the chimneys that are lost.

“It’s obvious, it’s going (to) be real easy for a time to come when the swifts cannot find a nice, brick roost site,” said Larry Schwitters, an expert on the West Coast swift species who lives outside Seattle. “The problem at this point is us. We’re the ones causing their decline.”

The birds are 4 inches long and grayish-brown with a jaunty black eyepatch that makes them look like tiny, winged Zorros. Their wings make elegant crescents in the air.

The West Coast cousins to the more well-known East Coast chimney swifts can only perch vertically and must cling to hollowed out trees or, in urban settings, the insides of old chimneys. Only brick smoke stacks erected before 1940 will work because newer chimneys have a liner that makes it impossible for them to gain a foothold.

The official estimate of the Vaux’s Swift population in North America is 390,000, but Schwitters believes there may be far fewer based on his work to document all the roosting spots on the West Coast and tally all-time high roosting numbers at each one.

The birds aren’t listed as a threatened or endangered species, but their population has been falling 2 to 4 percent a year and has declined about 50 percent since 1970, said John Alexander, co-author of a regional conservation plan for Partners in Flight, a national alliance of bird-focused nonprofits and wildlife agencies.

“We haven’t found a new roosting site on the West Coast in five years,” Schwitters said. “They’re tearing them down all the time.”

A brick chimney in downtown Los Angeles that attracted as many as 23,000 Vaux’s Swifts – one of the largest roosting spots in North America – was capped several years ago to make way for trendy lofts. Another chimney in San Diego has been all but abandoned after a skyscraper went up next to it. And a 66-year-old fire station in Albany, Oregon, that hosted up to 10,000 swifts was torn down this summer because of seismic dangers.

Now, the city is working with the Audubon Society in nearby Corvallis to attract the displaced swifts to a 30-foot-tall replacement tower made of concrete culvert tubes.

The tower is on city land next to a park and within feet of a busy railroad track.

Conservationists have been broadcasting swift calls at 1,100 watts and have smeared swift guano inside the tower, but it hasn’t worked yet.

“It might be you have to just get the first one to try it and say, ‘Hey guys! It’s good in here,'” said Joel Geier, an Audubon Society volunteer bird counter.

If the birds do return, bird lovers hope to set up towers along the West Coast as a safety net for Vaux’s Swifts that have lost their chimney roosts.

“We could put these up with donated services for $10,000 apiece, which would be definitely doable when you’re looking at the continued decline of the species throughout Western North America,” said Jim Fairchild, conservation chair for the Audubon Society of Corvallis. “If it’s used in the first couple of years, we’ll try another one in another location.”