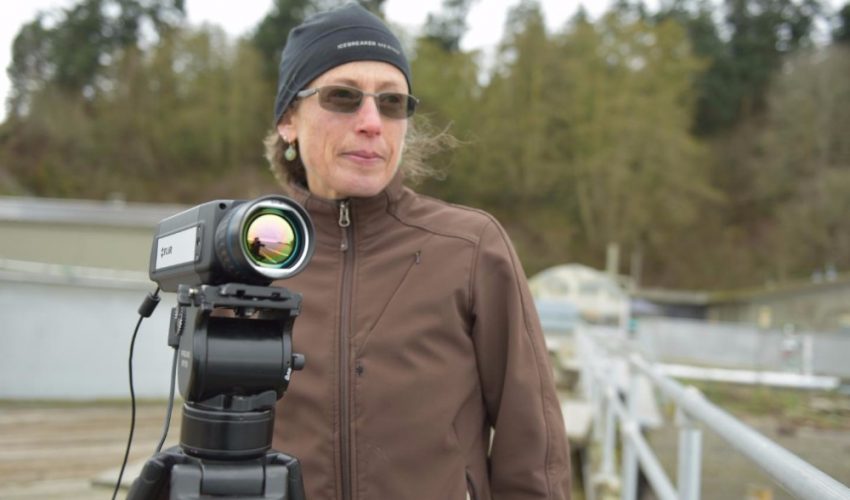 Military tech could protect bats and birds from wind turbines

Wind turbines kill hundreds of thousands of birds and bats each year, but scientists have struck on a possible solution: military tech that allows soldiers to see at night could help flying creatures avoid death.

According to a 2013 study, anywhere from 140,000 to 328,000 birds are killed by wind turbines each year in the U.S. alone. The turbines that generate clean wind power are, along with white nose syndrome, the greatest cause of bat mortality worldwide, a 2016 global review of bat deaths showed.

To give birds and bats a better chance, scientists at the Department of Energy’s Pacific Northwest National Laboratory are examining uses for thermal imaging – used in military tech like night vision goggles. Thermal imaging captures light on the infrared spectrum, invisible to the naked eye.

The lab has developed ThermalTracker, software that can use thermal imaging to track where bats and birds fly in areas that are being considered for offshore wind farms.

“ThermalTracker can help developers and regulators make informed decisions about siting and operating offshore wind projects,” said Dr. Shari Matzner, the engineer leading the development of ThermalTracker. “We need scientific tools like this to better understand how offshore wind turbines can coexist with birds and bats.”

Projects planned for locations where ThermalTracker picks up a lot of bird and bat activity can be modified or moved, the researchers said.

The new software is being tested by biologists and ornithologists from the Biodiversity Research Institute this summer, as they undertake field research in Maine.

ThermalTracker is one of several projects U.S. researchers have taken on to try and minimize the impact of offshore wind farms on birds, bats and other flying creatures.

Biodiversity Institute researchers will provide detailed reports on the software to the DOE developers so that they can refine the software.

“This is an extraordinary collaboration between technology developers, engineers and wildlife biologists who are working together on cutting-edge technology,” said Wing Goodale, deputy director of Biodiversity Research Institute.