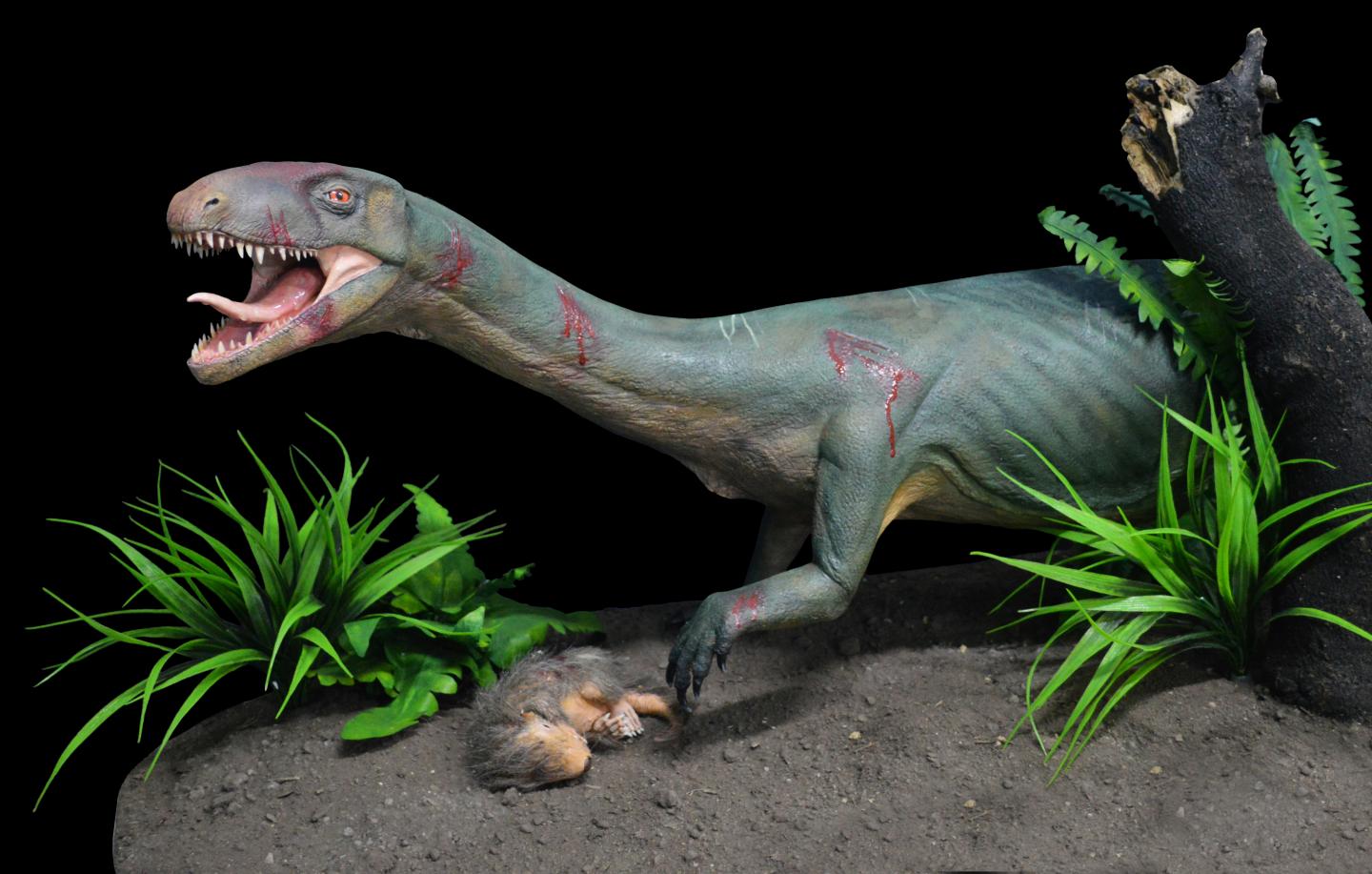 The earliest known dinosaur relative, just now discovered and revealed in a recent article published in Nature, goes against most scientists’ pre-conceived notions of what an early dinosaur relative would look like.

This six-foot-long carnivorous lizard-like species is much larger than what scientists had come to expect of dinosaur relatives from the distant past. In fact, the lizard (formally known as Teleocrater rhadinus) was first identified by a British paleontologist named Alan Charig back in the 1950s, using fossils that were collected in the 1930s. Unfortunately for Charig, he didn’t recognize the connection between this fossil and dinosaurs, so this missing link remained missing.

Charig can be forgiven for his error, as the understanding of dinosaur evolution back in the 1950s was limited and Teleocrater didn’t look much like a dinosaur. Based off fossil study, it is believed that Teleocrater would have likely resembled the monitor lizards that are around today.

As Ken Angielczyk, The Field Museum’s associate curator of fossil mammals and one of the paper’s authors explains, “Surprisingly, early dinosaur relatives were pretty profoundly not dinosaur-like.” Angielczyk and his colleagues think the species could have grown between six and ten feet long, which includes its long neck and tail.

The researchers believe that Teleocrater is the earliest member of the bird-like side of the archosaurs – a group that contains dinosaurs, birds, pterosaurs, and crocodilians. This would make it not a direct ancestor of dinosaurs, but rather the oldest known dinosaur cousin.

Although some of its features clearly place it on the bird-like archosaur side with dinosaurs, it also appears to have had a lot in common with its more distant crocodilian cousins. Based on its rotating ankle joints, the researchers think that it probably walked with a more splayed, crocodile-like gait.

Angielczyk explains, “Scientists generally don’t love the term ‘missing link,’ but that’s kind of what Teleocrater is: a missing link between dinosaurs and the common ancestor they share with crocodiles.”

The paper’s lead author, Sterling Nesbitt of Virginia Polytechnic Institute and State University, is still reveling in these new findings: “The discovery of such an important new species is a once-in-a-lifetime discovery,” says Nesbitt. “Teleocrater fundamentally changes our ideas about the earliest history of dinosaur relatives.”