Live in a mobile home? Climate change could put you in danger • Earth.com 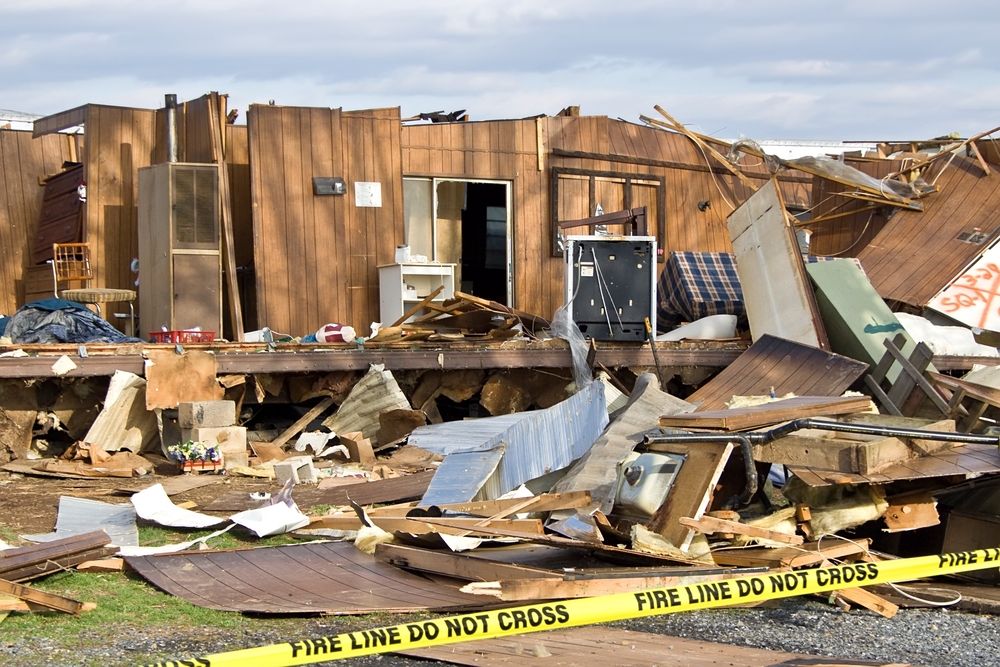 Live in a mobile home? Climate change could put you in danger

If you live in a mobile home, you’re one of about 9 million people in the United States who could be in danger due to climate change, according to a new study.

The U.S. is home to more tornadoes than any other country on Earth – about 1,200 a year – and that number could increase with rising average global surface temperatures, researchers from Michigan State University believe.

Any increase in the number tornadoes could lead to a lot more destruction and fatalities each year, they found, especially in low-income areas such as counties with several mobile home parks.

“Tornadoes are the most frequent of the natural hazards in the United States, causing significant yearly human and economic losses. Given the potential destructive power of tornado events and their largely unpredictable nature, it is important to identify the major determinants of vulnerability,” they wrote in their study.

The researchers looked at the number of fatal tornado events in the U.S. between 1980 and 2014. Most of the 2,447 tornado deaths occurred in the region known as “Tornado Alley.”

Texas, Kansas, Oklahoma and Florida see the most tornadoes each year, the researchers found. Two of those states, Texas and Florida, top the list for most mobile home residents in the nation.

That puts people in those locations at risk, should predictions that global warming could increase tornado activity prove true.

“If the climatologists are right about the continuing effects of climate change, then people living in mobile homes could be particularly vulnerable to tornadoes in the years to come,” Dr. Mark Skidmore, an economics professor at Michigan State who co-authored of the study, said in a press release.

Scientists are already studying tornado outbreaks and other extreme weather events to determine whether climate change has an impact, and if so, how bad things could potentially get.

The mobile home study, however, is among only a few looking at how tornado activity impacts people across socio-economic tiers, and how stronger and more frequent tornadoes could affect people in low-income regions.

But even if tornado activity holds steady, the rise in mobile home construction could put more people at risk, the study found.

“Though mobile homes offer a relatively inexpensive but comfortable housing alternative, it appears that this trend has made the United States more vulnerable to tornadoes over time,” the researchers wrote in their study. “Given this trend and our findings, it is critical that federal, state and local policymakers consider alternatives to reduce vulnerability for those living in this type of housing arrangement.”

The study was published in the journal Regional Science and Urban Economics.