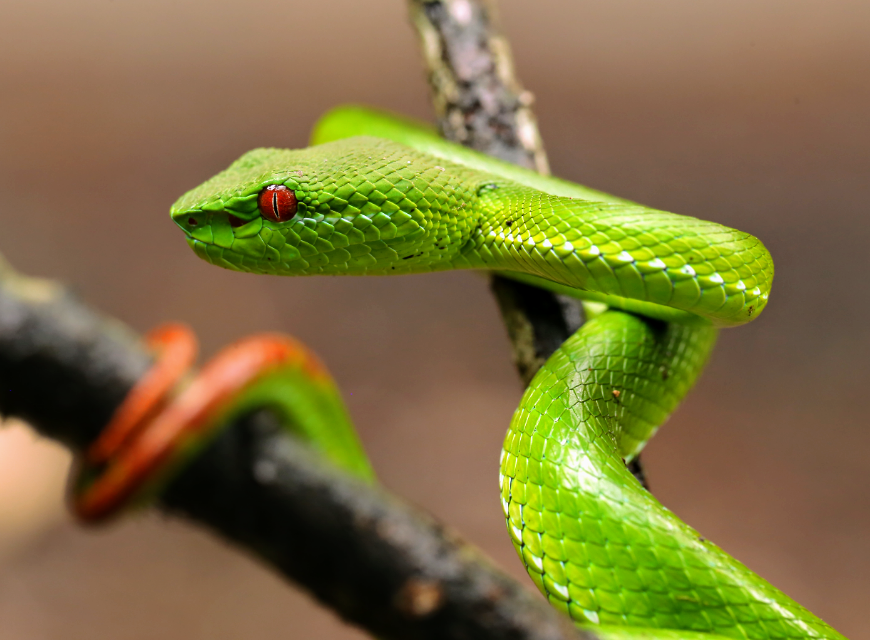 A new study suggests that all 4,000 species of snakes populating the Earth today evolved from a just a few species which survived the devastating asteroid impact that wiped out the dinosaurs and most other animals at the end of the Cretaceous.

By studying fossils and analyzing genetic differences between modern snakes, the researchers reconstructed snake evolution. They propose that snakes’ ability to hide underground and live for long periods with very little food played a key role in their ability to survive the giant asteroid impact that destroyed much of the Earth’s fauna 66 million years ago. In the aftermath of this catastrophic event, snakes moved into new niches and habitats, and began diversifying.

“It’s remarkable, because not only are they surviving an extinction that wipes out so many other animals, but within a few million years they are innovating, using their habitats in new ways,” said study lead author Dr Catherine Klein from Friedrich-Alexander-Universität Erlangen-Nürnberg (FAU) in Germany.

The research suggests that although the ancestor of modern snakes probably lived in the Southern Hemisphere in the aftermath of the asteroid impact, snakes appear to have spread to Asia. From there, snakes moved all over the globe, with a large number of new species emerging and evolving.

“Our research suggests that extinction acted as a form of ‘creative destruction’- by wiping out old species, it allowed survivors to exploit the gaps in the ecosystem, experimenting with new lifestyles and habitats,” explained corresponding author Dr. Nick Longrich from the Milner Centre for Evolution at the University of Bath.

“This seems to be a general feature of evolution – it’s the periods immediately after major extinctions where we see evolution at its most wildly experimental and innovative. The destruction of biodiversity makes room for new things to emerge and colonize new landmasses. Ultimately life becomes even more diverse than before.”

The scientists also found evidence for another major diversification event that occurred during that period – the shift from a warm to a cold climate, when polar ice caps formed and the Ice Age began.

This study, published in the journal Nature Communications, foregrounds the importance of severe, rapid, and global environmental disruptions in driving evolutionary change.