Scientists identify a molecular switch that is critical for tissue renewal • Earth.com 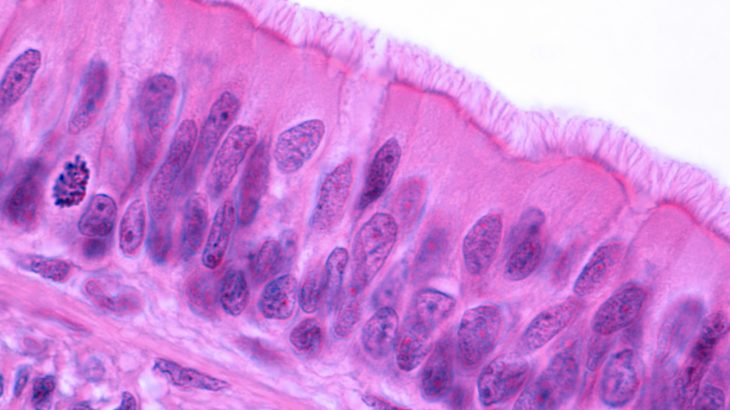 Scientists identify a molecular switch that is critical for tissue renewal

The survival of multicellular organisms is strongly tied to their capacity for renewing their tissues. This is especially the case for tissues that are constantly exposed to the external environment, such as the epithelium that lines our digestive tract.

A research team led by the University of Cologne has identified the transcription factor Ets21c as a vital regulator of the regenerative system within the adult intestine of the fruit fly Drosophila. The study highlights the existence of trade-off mechanisms between stress resilience and longevity.

The intestinal epithelium is involved in nutrient absorption and digestion, but also serves as a selective barrier that prevents the intrusion of pathogens and toxic substances. The intestine is renewed over an organism’s lifetime through the function of stem cells that are capable of differentiating to maintain the tissue integrity and function.

On the other hand, stem cell malfunctions have been linked to tissue degeneration or cancer development. The research is shedding new light on the molecular basis of the regenerative processes under both favorable and stressful conditions.

Transcription factors are proteins that directly bind to DNA to regulate which genetic information is expressed and which is suppressed. In response to stress, bacterial infection, and aging, the Ets21c transcription factor has repeatedly been found upregulated. However, the biological meaning of its initiation has remained a mystery.

The team used the Drosophila model to switch the function of Ets21c off either in the entire fly or specifically in stem cells of the intestinal epithelium. Surprisingly, flies lacking Ets21c developed normally and outlived the controls when maintained under non-stressed conditions.

“The Ets21c deficiency, however, revealed its dark side as soon as the mutant flies encountered stress,” explained study lead author Dr. Mirka Uhlirova. Flies lacking Ets21c died much faster when fed with herbicide, which generates damaging reactive oxygen species. “The intestine of adult flies emerged as the tissue which requires Ets21c function to confer stress tolerance.”

In future studies, the researchers want to investigate whether tissues other than the intestine require Ets21c function for their maintenance and stress responses. They also plan to focus on mechanisms that control the Ets21c levels and activity.