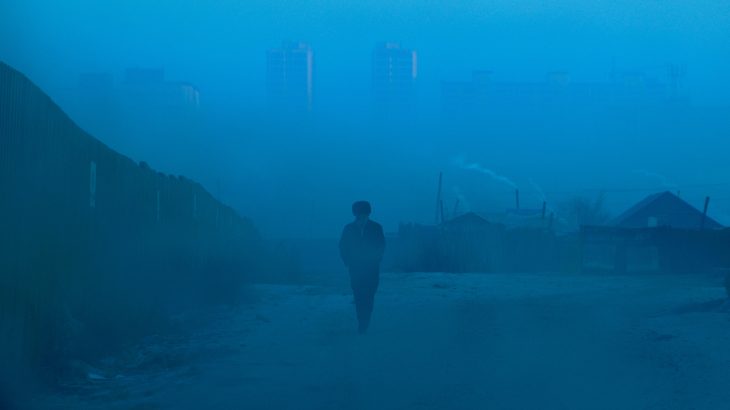 When it comes to sources of air pollution, we often tend to think in terms of big factories or power plants. It’s true that industry creates a large amount of air pollution, but so do individuals and families. In most of the US, besides consumption of electricity that may be produced by coal, the most common individual contribution to air pollution is by driving a car.

The American Lung Association reports that in the northern reaches of the US, this changes. According to air quality reports from earlier this year, Alaska has some of the worst air quality in the US. Much of the particulate matter found in the air in some parts of Alaska come mainly from wood burning stoves. With this detail from the US in mind, we can reframe how we think about air pollution in the rest of the world, especially air pollution that harms lungs.

Alaska is an odd example of a place with high air pollution, due to it’s small human population density. According to an Air Visual report, 22 of the 30 cities with the most air pollution are located in India. India is a subcontinent nation with a population of over 1.3 billion, meaning that one of every six people on Earth lives in India.

Similarly to the air pollution of Alaska, much of India’s poor air quality comes from cooking, heating, and even kerosene lamps for lighting. Business World reported that on average, over 1 million people die annually in India from indoor air pollution alone. But India is part of a much broader growth in poor air quality due to pollution in Asia as a whole.

According to the Climate and Clean Air Coalition, 92% of people living in Asia and the Pacific region are exposed to levels of air pollution levels that represent a significant risk to health. This equates to 4 billion people, more than half of the global population living with unsafe levels of air pollution. China is one of the Asian countries long known for its air pollution, especially in large urban areas.

Trading Economics reports that Mongolia’s population density in 2016 was only 1.9487 people per square kilometer. Mongolia is a large country of wide plateaus that have traditionally been the home of primarily nomadic people. Due to a shift in lifestyle and economic realities, 46% of Mongolia’s population is centered in Ulaanbaatar, Mongolia’s capital city.

Along with the move to the capital, Mongolia’s human population is on the rise, yet realities for those in the city are very different from those in rural areas. 95.81% of urban Mongolians have access to electricity but only 44.17% of rural populations have that same access. Along with the realities of heating and cooking with flame as well as industrial pollution, the air quality of Mongolia continues to decline creating an environmental as well as health travesty.

Coal seems like an obvious solution to an immediate problem, as Mongolia is a cold place. Temperatures at night in Ulaanbaatar can drop to 20 degrees below zero Fahrenheit. With not a lot of infrastructure to provide for clean ways to stay warm, the reality is that many people burn raw coal just to survive. Those living in the Ger (a ger is a traditional nomadic tent many Mongolians live in) district of Ulaanbaatar, where 80% of air pollution comes from are especially dependent on coal. Unsurprisingly, air quality is at its worst in winter months. Ulaanbaatar is also situated in a valley, where cold weather inversions trap not just household coal emissions but those of cars and power plants as well. But NPR reports that now, the government of Mongolia has come up with a solution.

The government of Mongolia announced a ban on raw coal in Ulaanbaatar, issuing fines to households and businesses that continue to burn the substance. In the place of coal, the government is offering a more expensive but more efficient briquette made from semicoke, a coal byproduct. Besides being more efficient, the briquettes burn cleaner as well. The government plans to distribute 600,000 tons of briquettes at selling points throughout the city. Some doubt whether many will actually purchase this alternative fuel source with its added financial cost. It takes a certain leap of faith that in the long run burning the briquettes will lead to better air. Another solution the government is working on is extending infrastructure to the Ger district of Ulaanbaatar which has little access to electricity.

Mongolia has traditionally been known as the ‘land of the blue sky’ and home of Tengriism, an ancient religion promoting harmony between humans and nature. Tengri, the main god of the religion, is personified by the blue sky. It remains to be seen whether the government of Ulaanbaatar can maintain enough of a balance to offer their people not only clean air to breathe but a place to live beneath a sacred blue sky.