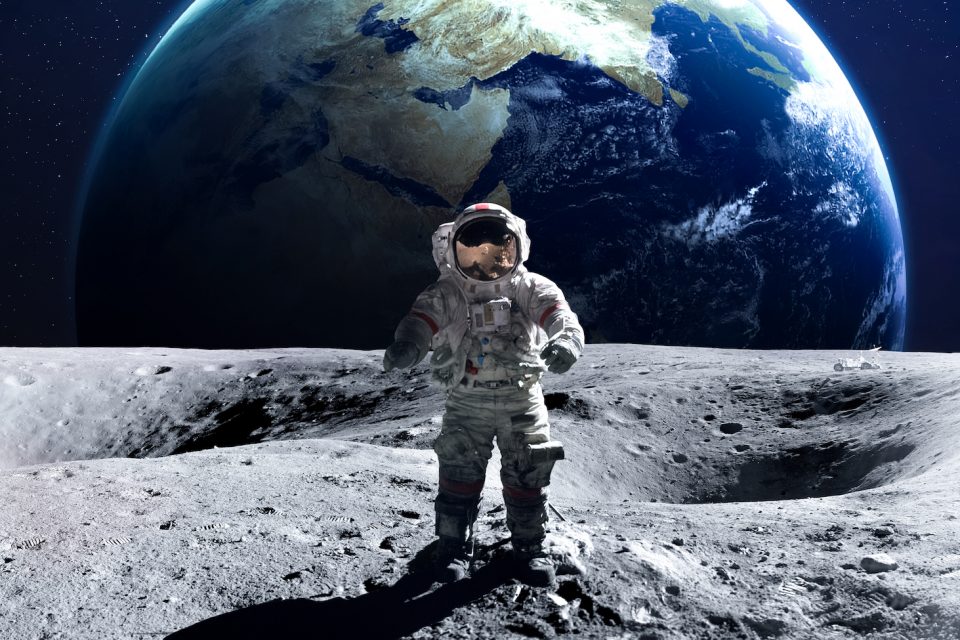 The National Aeronautics and Space Administration (NASA) has announced plans to launch another human-crewed lunar mission as well as several other ambitious deep space explorations sometime in the future.

While the hazards of space travel and the risks of space itself have been the subject of much research, less focus has been paid to the dangers of interplanetary exploration.

A new study has found that dust on the surface of the moon is so toxic it can damage cells and is extremely hazardous when inhaled.

The Apollo Astronauts encountered “lunar dust” and found that the electrostatically charged soil particles that are bombarded daily by solar radiation clung to space suits and, if inhaled, caused eye, nose, and throat irritation.

But now, researchers from Stony Brook University have discovered that compounds in lunar soil react with human cells and can generate extremely toxic hydroxyl radicals which are known to increase the risk of lung cancer, according to New Scientist which reported on the study.

The researchers presented their findings at the American Geophysical Union meeting in Washington D.C.

“Lunar dust represents one of the many hazards that humans will have to contend with when conducting missions on its surface,” the researchers wrote.

The team set out to determine how many hydroxyl radicals were produced in someone inhaled lunar dust.

For the study, the researchers analyzed lunar dust samples and submerged two-iron based compounds, olivine and augite (both found in the moon in abundance), in a liquid meant to simulate the fluid found in human lungs.

After just 15 minutes, the olivine and augite generated nine times more hydroxyl radicals per liter of the simulated lung fluid than quartz, which is also a highly toxic compound.

The results of the research indicate that there could be long-term health implications for
astronauts exposed to lunar dust because inhaled particles can stay in the lungs for a long time.

If a human-crewed lunar mission is to become a reality, studies like this will be crucial for understanding how long-term exploration and exposure to harsh conditions on the surface of the moon will impact astronauts.

“It is important to understand what effects lunar dust may have on astronauts if dust mitigation methods prove to be inadequate on future missions,” the researchers concluded. “Our work furthers understanding of the chemical properties of lunar dust reactivity, which could lead to medical advancements in treating those exposed to lunar dust.”